Iman Shumpert makes history with ‘Dancing With the Stars’ win

NBA shooting guard Iman Shumpert became the first basketball player ever to win the mirror ball trophy on ABC’s Dancing With the Stars.

The suspenseful announcement was made in the very last seconds of Monday night’s show, when host Tyra Banks shouted “Oh, my God!” declaring Shumpert the winner, as confetti fell to the floor and credits started to roll.

Shumpert, 31, was a standout in the 30th season of Dancing With the Stars, performing impressive, high-energy routines alongside his partner, Daniella Karagach, making the 10-week competition his to lose. The pair’s outstanding routine inspired by the Jordan Peele film Us had earned them a 40 out 40 score.

As the 6-feet-5-inches-tall Shumpert was announced the winner — beating YouTube sensation JoJo Siwa, dancer-fitness instructor Amanda Kloots and Peloton pro Cody Risby — he was hoisted high in the air by his fellow contestants and professional dancers.

On Instagram, Shumpert’s wife, singer-dancer Teyana Taylor, shared her joy and gratitude via a post featuring the excellence of her man and his partner, writing: “Thank you for trusting one another, believing in one another, killing that sh*t every week & most importantly foot working that mutha f*king mirror ball home!!!!!! PERIOD!” On Twitter, she reacted by tweeting, “Omg!!,” followed by over a dozen mind-blown emojis.

Taylor also reposted several congratulatory tweets on Shumpert’s victory, including one that read: “They Deserve it!!!! Congrats @imanshumpert Iman did that! @TEYANATAYLOR3bgfv and his partner taught him well.” 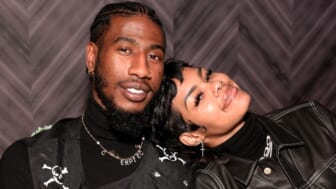 Fans had long speculated that Taylor, who is known for her own dance moves, had been coaching her husband. “Best believe @TEYANATAYLOR told Iman don’t go on that stage and embarrass me,” one fan wrote. “You can’t be married to Teyana Taylor and not know how to dance.@imanshumpert did that.”

Another added, “Iman got that footwork OK. I know him and Teyana be in that crib practicing sun up to sundown.” 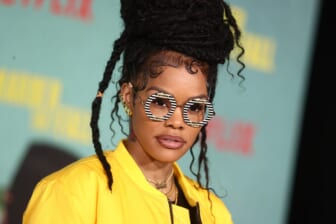 There have been 11 other professional athletes who competed on Dancing With the Stars, but Shumpert was the first NBA player to make it to the finals — and the first to win the competition.

Per CBS Sports, NFL legend Emmitt Smith won the third season of the show, and fellow NFL baller Jerry Rice was the runner-up in its second season. Other notable athletes to compete on DWTS include boxers Evander Holyfield and Floyd Mayweather, plus NFL players Warren Sapp, Michael Irvin and Lawrence Taylor.