The Grammy nominations are officially here, and while music fans are abuzz with the news of the major categories, this year’s Spoken Word nominees include some pretty impressive names as well.

Tuesday was a major day in the music industry as the nominations for the upcoming 64th Annual Grammy Awards were officially announced, theGrio previously reported. With big names like Jay-Z, Drake, and Kanye West picking up major nominations, and pianist/singer/songwriter Jon Batiste earning 11 nominations, the awards ceremony is certainly not one to miss this year.

The Spoken Word category, an always-exciting one, features figures like Dave Chappelle, Barack Obama, and more this year. 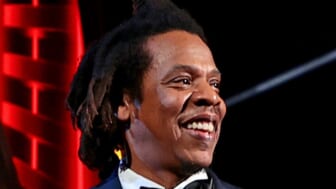 While Chappelle has earned plenty of Grammys in the past (for Comedy Album of the Year), this marks the comedian’s first nomination for the spoken word category. His nomination is for 8:46, which he shares with Amir Sulaiman. As theGrio previously reported, Chappelle dropped his comedy special in June of 2020, which was centered around police brutality and the death of George Floyd.

Chappelle’s nomination also comes after the fallout from his Netflix special, The Closer. The stand-up comedy special, released in October on the streaming platform, drew controversy after the comic was criticized over his jokes that were deemed offensive to the LGBTQ community.

Former President Obama earns his nomination for A Promised Land, the audiobook of his best-selling memoir, that was published in November 2020. Obama has previously won in this category, twice for Dreams from My Father and The Audacity of Hope, other audiobooks from memoirs before he was first elected to the highest office in the land. 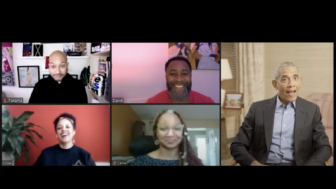 Rounding out the nominations includes LeVar Burton, who is nominated for the audio version of his book Aftermath, and Don Cheadle, snagging a nomination for Carry On: Reflections for a New Generation From John Lewis. Burton recently won the award for Spoken Word in 2020, for the audiobook of The Autobiography of Martin Luther King Jr. As theGrio has reported, Burton has had quite the year, as he spent some time as a fill-in host on Jeopardy!

The popular game show circulated hosts following the tragic passing of Alex Trebek, but Burton very publicly declared his desire for the gig, before they gave it to executive producer Mike Richards who has since exited. Since then, Burton has been crowned as the new host of Trivial Pursuit.

Check out the full list of nominees below, via Deadline, below:

Carry On: Reflections for a  New Generation From John Lewis
Don Cheadle