Chrystul Kizer admitted to killing the man she accuses of sexual abuse.

As millions continue to express shock and disappointment over Kyle Rittenhouse’s recent acquittal, others are focusing on Chrystul Kizer.

Kizer is currently awaiting trial after admitting she killed her sexual abuser in self-defense in 2018. Kizer, who was 17 at the time of the killing, says she set her abuser’s house on fire and stole his car. The alleged abuser, Randall P. Volar III, was also shot in the head.

Volar had previously been arrested on child sexual assault charges. 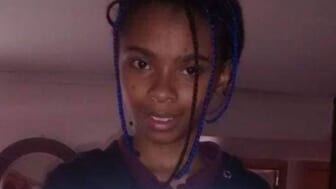 After community groups such as the Chicago Community Bond Fund raised the $400,000 necessary for her to be released on bond, others have been focused on ensuring she is found not guilty. Kizer was released from jail in June 2020.

NPR reports that despite her self-defense reasoning, prosecutors say the killing was premeditated. They claim Kizer’s motive in killing Volar was theft. Kizer’s lawyers are invoking a self-defense argument that has never been used in a homicide case in the state before. Her attorneys believe Kizer was defending herself from a trafficker who they say preyed on her and other underage victims. They hope to use an affirmative defense included in state statutes for victims of sex trafficking.

Judge David Wilk initially ruled that Kizer could not use the affirmative defense argument in this case because it involved homicide. His decision was overturned by an appellate court that ruled that, per a state statute, she can argue “affirmative defense” if her defense team can show that her actions against Volar were a direct result of the trafficking she experienced.

The case is currently under review by the Wisconsin Supreme Court.

Kizer’s supporters have continued protesting in her favor. They are arguing that due to Rittenhouse’s successful self-defense strategy, Kizer’s case should be granted the same outcome. 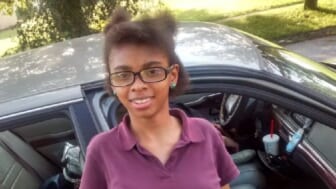 “We see these cases as incredibly important…to protect and uplift and support the individual women, who are overwhelmingly Black women,” Grace said. “Because the reality is that Chrystul Kizer was not kept safe by police and prosecution and incarceration and, in fact, after she was forced to defend herself and she chose to survive, she was then further harmed by those systems.”