Josephine and Billie's offers women of color a welcoming and secure place to learn about the therapeutic advantages cannabis provides.

Two Black women entrepreneurs in Los Angeles recently added their voices to the chorus of California’s predominantly white legalized cannabis marketplace by opening their own dispensary. 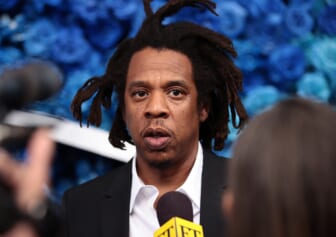 CEO Whitney Beatty and COO Ebony Andersen opened Josephine & Billie’s on Oct. 29, according to Forbes. The old-school, speakeasy-style cannabis store is named and themed after Harlem Renaissance legends Josephine Baker and Billie Holiday, who both became federal government targets for using marijuana during the Prohibition era.

Beatty told Forbes her goal for Josephine & Billie’s was to create a dispensary that honors Black America’s history with cannabis. She pointed out that the vast majority of licensed cannabis dispensaries in California and across the country are owned by white Americans, even though the war on drugs has led to millions of Black Americans getting locked up for selling marijuana illegally.

But in 2017, less than 10% of cannabis business owners surveyed by Marijuana Business Daily identified as Black or Latino.

“For years, the war on drugs has disproportionately disenfranchised people of color,” Beatty told Forbes. “And we are not participating in this space in terms of legalization. Black and brown people own less than one percent of all licensed businesses. Despite the fact this industry was built on the backs of our people.”

The lack of diversity in the growing legalized cannabis business has been in the crosshairs of rapper turned-mogul Shawn “Jay-Z” Carter for years. Hov’s cannabis business, Monogram, and its culture & cultivation ambassador, DeAndre “De” Watson, recently partnered with Josephine & Billie’s ahead of its grand opening.

Watson attended and showcased Monogram’s unique line of marijuana products, which include flowers, pre-rolls, and the company’s signature ‘OG Handroll.’

Josephine & Billie’s owners said their speakeasy offers women of color a welcoming and secure environment to learn about the therapeutic advantages cannabis provides. 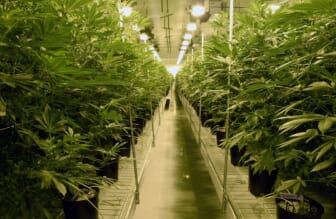 “We should be talking about cannabis in a more positive way,” Beatty told Forbes. “Instead of demonizing it, we should be discussing why cannabis works. I want to be able to contribute to the development of a community in which we can reap the full health benefits of the plant.”