South Africa turned away shipments of Covid-19 vaccines, fearing that insufficient demand could lead to their stockpile spoiling, reports say.

A year and nine months after the World Health Organization officially declared coronavirus a pandemic, South Africans still have a concerning, lingering distrust for all three vaccines available to slow its spread.

South Africa was one of the first countries to identify the omicron variant and share the news with WHO, which appears to have earned it the punishment of much of the Western world: Travel bans to and from the nation have been enacted by most of North America and parts of Europe, impacting an already fragile economy still reeling in the wake of the pandemic.

An article in The New York Times notes that growing skepticism and hostility toward the vaccines has been stalling vaccination drives in South Africa and its neighboring African nations.

“There’s no doubt that vaccine hesitancy is a factor in the rollout of vaccines,” Dr. Matshidiso Moeti, the Africa director of the World Health Organization, told The Times. News and misinformation “gets picked out and talked about,” she said, “and some people become afraid.” 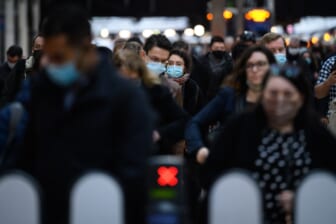 This week, reports are emerging that just days before the omicron variant was detected in the country, South Africa turned away shipments of both Pfizer-BioNTech and Johnson & Johnson vaccines, worried that their stockpile of 16 million shots might spoil amid insufficient demand.

Yet, at only 36%, South Africa remains one of the most inoculated countries on the continent. According to The New York Times, only about 10% of the eligible population in Africa has received at least one dose of a vaccine, compared to 64% of North America and 62% of Europe.

A 15-country study by the African Union and the Africa CDC noted that more than 43% of Africans believe people on the continent were used as “guinea pigs” in vaccine trials — particularly because medical colonialism has long been a part of Africa’s history.

As noted by Al Jazeera, in the 1800s, Sarah Baartman, a Khoikhoi woman of South Africa, was kidnapped and placed in an exhibit in Europe. After her death, her body was dissected by a French surgeon. In the 1990s, Nigeria was the site of clinical trials — by Pfizer — to test meningitis drugs without informed consent. Further, in 2014, West Africans often had their blood samples collected for study during the Ebola outbreak without informed consent. 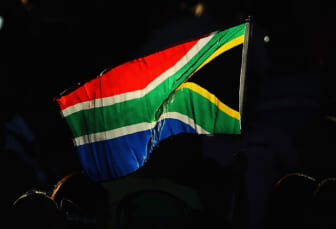 Experts note that the failure to inoculate poorer nations like those of Africa and India — which is also experiencing distrust of the vaccines — will ultimately impact the health of richer nations.

“If the objective is to keep the U.S. and the rest of the world safe, it should be pretty obvious that the success of the domestic program depends on what happens internationally,” said Dr. Saad Omer, a Yale University epidemiologist.

“Almost no investment in vaccine education or promotion has gone into low-income countries, Omer contended. “Why do we expect that all we will have to do is drop vaccines at an airport, do the photo op, and people will come running to the airport and grab the vaccine?” 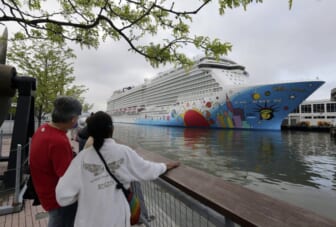 The Times report notes that public messaging campaigns to counteract distrust need to be enacted.

Vooma Week, a push to vaccinate people across South Africa, was scheduled for Dec. 3 through 10. According to a press release from the nation’s health department, provinces have been asked to increase the number of vaccination sites, particularly in public areas like travel hubs, shopping malls and recreational areas.

“We want families to be safe this festive season,” says Minister of Health Joe Phaahla. “Before you go home, before you leave on vacation, make sure you protect yourself and those you love. If you visit your parents and they have not yet been vaccinated, go with them to your closest vaccination site. It could save their lives.”