White, who most recently appeared in the Tyler Perry BET drama, reportedly died of cancer at her Los Angeles home.

Actress Rhonda Stubbins White, who most recently appeared in the Tyler Perry drama, Ruthless, has died. She was 60.

White reportedly died of cancer at her Los Angeles home, according to The Hollywood Reporter.

White was an actress, writer and singer who started her career in the 1980s after studying at the Tisch School of the Arts at New York University. She trained under actor and acting teacher David Gideon.

The Hollywood Reporter notes that Alec Baldwin was one of White’s classmates.

Her most recent role was as the cult elder Agnes on Tyler Perry’s Ruthless, which airs on BET. The series follows Ruth Truesdale, a member of a religious sex cult. White had a recurring role in the drama, about which fans had raved as recently as last week, with one writing on Twitter: “Tyler Perry put his foot in Ruthless.” 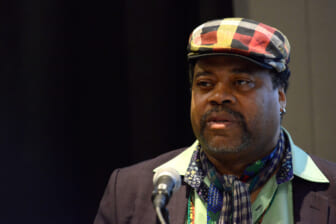 The producer of the show had not released a statement on White’s passing as of press time.

White made her onscreen debut in 1992 on an episode of Here and Now, an early ’90s comedy starring Malcolm-Jamal Warner as a college graduate who returns to his former Harlem neighborhood to run a youth center. She then appeared in Laurel Avenue, a 1993 HBO miniseries about an African American family and an eventful three-day weekend in their Minneapolis, Minnesota, hometown. White earned a CableACE Award nomination for her turn as Rolanda Arnett.

White also appeared in a 1994 TV movie Out of Darkness, which starred Diana Ross as a former medical student trying to rebuild her life after struggling for nearly two decades with schizophrenia. 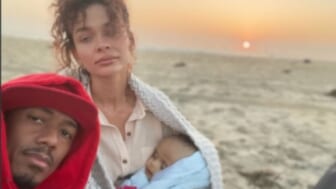 In 2000, White had a recurring role as Lady Vi on daytime soap Days of Our Lives and, in the years that followed, appeared on several other TV shows, including NYPD Blue, Chicago Hope, Charmed, Southland and Shameless.

On her private Instagram page, White describes herself as “Daughter of the Most High God/Actress/Singer in the Choir and Beyond/Disco Dancer/Writer/Lover of Music.”

She is survived by her brother and sister, Gregory and Annette.