EXCLUSIVE: Cross tells theGrio that she has delivered on her promise to be an authentic voice as 'The Cross Connection' celebrates its first anniversary on MSNBC.

Tiffany Cross isn’t one to mince her words. The conviction in which she speaks has created a call and response between herself and the viewers of her MSNBC show, The Cross Connection with Tiffany Cross.

The Cross Connection premiered on Dec. 12, 2020, as a Saturday morning news program anchored by the cable news veteran. In a changing landscape that isn’t just predominately white and male, Cross is an unapologetic Black woman who has a pulse of the moment. She’s not distilled to make it easier for others to digest —going viral more than once for that genuine candor and instant classic reads. 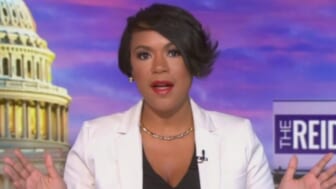 Cross looks into the camera as the full version of herself and leads the discussions that delve into the intersection of politics, race, and society through diverse voices who are Black, Asian, Hispanic, Native American, and hailing from all stripes of life. Prominent leaders such as Rep. Joaquin Castro, fellow MSNBC host Joy Reid, activist Brittany Packnett, Rep. Stacey Plaskett, and Dr. Jason Johnson, who is a professor of Politics and Journalism at Morgan State University and theGrio contributor, have appeared.

The author of this article also appeared in the September 25 episode.

In the year since The Cross Connection’s debut, Cross has made it a point to speak to the “rising majority” in this country and affirm her authenticity. The culture shows up as a delegation each weekend to get The Cross Connection trending—to tweet and agree that she’s spoken truth to power.

Some of her favorite episodes have been the commemoration of the 100th anniversary of the Tulsa bombing in Greenwood, which highlighted that it was not an anomaly. The descendants of the 1919 Elaine Massacre reached out to share their stories.

The episode about the Latino landscape, which was taped in Miami, is also another standout. It focused on the overlap in the Afro Latino community.

theGrio recently spoke with Cross to reflect on The Cross Connection’s one-year anniversary. 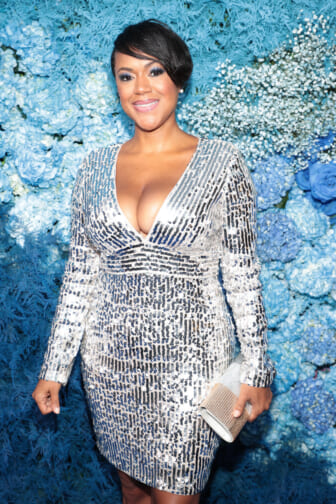 The Q&A below has been edited for length and clarity

theGrio: The last time that we spoke about The Cross Connection, there hadn’t yet been a name that you announced publicly, but what you said is that you wanted it to be an authentic voice. One year later, do you believe that you accomplished that?

Cross: I do. I really do. I think there’s always room for growth and I have to further to go. You look back, I think anybody who sees videos of themselves or looks at pictures of themselves, we’re our own worst critics.

But every day when I go on that set, I’m just one individual, but I’m there to represent millions of people across this country. That’s always been my mission. So in that respect, I do feel I accomplished that. I’m constantly looking to be inclusive, obviously because I’m a Black woman, that’s the most closely lived experience that I can reflect and talk about, but I’m also mindful of the rising majority of this country.

And so every show I try to look at and seeing what voices are not represented. Where can we do a better job?

theGrio: Why do you believe you’ve been able to strike such a chord with the culture?

Cross: Well, first of all, I’m just very humbled and grateful that people respond the way they do.

I think something that I’m really intentional about is speaking directly to that audience.

theGrio: I love that you stand in the gap and one of the ways that you did that was by sharing your own lived experience when you spoke about your hysterectomy.

Cross: Yeah, it was challenging. It was uncomfortable. I think we all have some vanity and so I had to think like, am I really going to show these pictures of my hair falling out and me in the hospital bed with no makeup on and just to talk about a very personal experience; to talk about having my uterus removed and not being able to have children. It was a decision I was at peace with and remain at peace with.

theGrio: Unfortunately, you know, vulnerability is weaponized—particularly against Black women. How does it feel when you become the news?

Cross: I really don’t even think about it. I think the news is entering a different era and phase, and for so long when people decided what it meant to be a news person, that was rooted in a very white male perspective. I think we’re in a space now where people do want to know how you feel.

They want to know who you are. They want to know who’s presenting the news to them. So, I’m completely fine with that. I never for one iota of a second consider what right-wing media outlets will say about me or write about me. I don’t try to engage people who are my intellectual inferiors.

theGrio: Carole Simpson, Joy Reid, Robin Roberts, Oprah Winfrey, and Tiffany Cross. You are now a part of a class of Black women who are bringing the news to people. How does it feel to be a part of that esteemed class of women?

Cross: Hearing you say that literally puts a lump in my throat. I can’t even talk about it. So, it’s so touching to hear you say that. And I certainly do not consider myself among those kinds of women, but the fact that anyone would even think that for a second is so—I can’t tell you—it’s very humbling to me because these are women who—some of these women I grew up watching. It’s hard to aspire to be what you don’t see.

theGrio:  In the year since you’ve taken on this position, you have created a legacy and an imprint for yourself. Where do you see the next 12 months going?

Cross: In the next 12 months, I’d like to definitely expand my territory at the network.

MSNBC is going through a lot of changes, a lot of welcome changes and I would definitely like to take up space and other spots on the network and really quite frankly, under the NBCUniversal umbrella. Peacock continues to grow, our streaming service.

So I would like to provide content for people to do exactly that. I would certainly love to be seen on our main channel MSNBC on days other than just Saturday. So I think we’ll see a lot of that start to change.

The Cross Connection with Tiffany Cross airs Saturdays from 10 AM to 12 PM EST on MSNBC.