Authorities say Sylvia Matthews called police about her accused stalker Michael Garrett at least twice on Dec. 3 before he allegedly killed her in her own home

An elderly Washington, D.C. woman, who authorities say had been stalked for years by a former inmate she previously met while working at a local jail, was allegedly killed by the same man in her own home eight days ago despite calling police multiple times about him that morning.

Sylvia Matthews, 71, was declared dead at a local hospital on Dec. 4, according to D.C. Metro Police, one day after they found her barely alive with a serious head injury in the basement of her home on Elmira Street in the city’s southwest region.

Matthews’ accused stalker, Michael Garrett, 66, was also in the basement, according to WUSA-TV. He reportedly told police he had just arrived to check on Matthews and found her there, according to NBC Washington. Police arrested Garrett at the scene and charged him with assault with intent to kill. He has since been charged with second degree murder while armed, police told theGrio on Saturday. 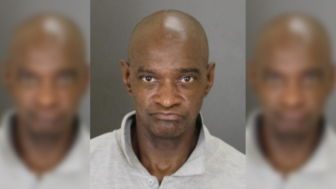 WUSA reports Matthews met Garrett in 1998 while he was locked up in the jail where WBNS reports she worked as a corrections officer. He was out of jail on Jan. 22, 1999, when Matthews heard glass break upstairs in her home and discovered it was Garrett climbing through her bathroom window, according to court records obtained by WBNS.

Garrett reportedly chased Matthews outside her home before police arrived and found him hiding in a closet in Matthews’ basement, the news outlet reported. He was charged with stalking, assault with a dangerous weapon, destruction of property and multiple counts of burglary before ultimately being sentenced to 24 years in prison, according to multiple sources.

D.C. Superior Court Judge Robert Okun granted Garrett a “compassionate release” from prison two years early in March because of COVID-19 outbreaks at a D.C. jail, defying the wishes of the U.S. Attorney’s Office, according to WUSA.

Seven months later, on Oct. 7, Garrett was arrested again for allegedly threatening Matthews at the front door of her home. Fifteen days after that, police told reporters Garrett beat Matthews outside her home, but his prosecution was suspended for unnamed reasons, according to WUSA. 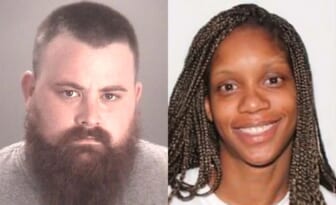 Matthews called police on Garrett at least twice during the morning of Dec. 3 when he appeared outside her home yet again, the local news site reported. The first call came around 7:30 a.m. when police said Matthews reported Garrett was breaking into her car and attempting to break into her house, per WUSA. Officers reportedly didn’t find Garrett when they responded to the scene.

At 8:44 a.m. Matthews called once more to say she saw Garrett outside yet again. This time, he was on the phone with her, according to WUSA. Police who arrived on the scene reportedly took Matthews’ phone and told Garrett to leave her be, but he hung up.

Nearly two hours later, a fight reportedly broke out inside Matthews’ home, according to WUSA. Witnesses told authorities they heard and saw someone matching Garrett’s description yelling at Matthews and attempting to break into her house. Officers who arrived on the scene minutes later said they found Garrett in the basement with Matthews’ near-lifeless body, which had suffered “apparent trauma.”

One of Matthews’ relatives told reporters her family is “devastated” by her alleged killing.

“It’s like the system failed us,” the unnamed relative told NBC Washington.