Bellamy applied for funds for his company and used the money to buy luxury goods and jewelry, pocketing more than $300,000 in cash.

Once a wide receiver for the New York Jets, Joshua Bellamy has been sentenced to more than three years in prison for illegally receiving over $1 million in Paycheck Protection Program loans.

According to WPTV, the 32-year-old former NFL player applied for funds for his company, Drip Entertainment LLC, and used the money to buy luxury goods and jewelry, pocketing more than $300,000 in cash.

Bellamy also sought PPP loans on behalf of his family members and close associates. Bellamy further admitted that he paid more than $311,000 to an alleged co-conspirator, James Stote, as a kickback for his assistance in preparing and submitting the fraudulent loan application, according to the U.S. Department of Justice. 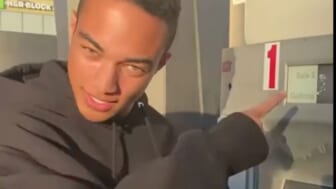 Florida woman Yashica Bain also used the services of Stote to fraudulently obtain more than $400,000 in PPP funds for her company, Microblading Brow Studio LLC. She told the government she intended to use the COVID relief money for payroll, but authorities claim she enriched herself. She has also been sentenced to two years in federal prison, and will serve three years of supervised release, plus pay nearly $500,000 in both restitution and forfeiture.

Stote, who helped both Bellamy and Bain to defraud the program during the height of the coronavirus pandemic, has been charged with wire fraud, bank fraud and conspiracy to commit wire fraud and bank fraud. His case is still pending. 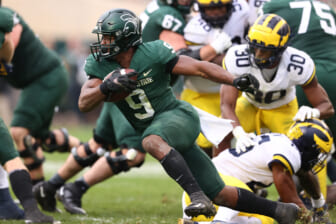 Bellamy played for the Chicago Bears for five seasons, and had one season with the New York Jets. He was cut from the NFL just days before his charges were announced in 2020, according to NBC News.

The U.S. Small Business Administration has established a hotline to disclose fraud and abuse of federal funds. Reports can be made anonymously, but the SBA notes that makes cases difficult to investigate.

The Paycheck Protection Program was established in March 2020 as part of the $3 trillion CARES Act to provide more than $600 billion in forgivable loans to small businesses.