Norm Lewis on his favorite holiday traditions, representation on Broadway and more

The TV, film and theater star also shed light on "Chicken and Biscuits," the play he starred in that premiered on Broadway this year

After shutting down for over a year, Broadway is back with it a slew of brand new shows. Chicken and Biscuits is one that has enjoyed critical success in its short run. 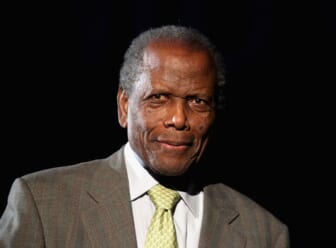 The show stars the Tony-Award nominated Broadway staple and Scandal star Norm Lewis, who’s excited about the newfound focus on Black talent on stage and behind the scenes on Broadway.

He added that Broadway is still slowly coming back due to COVID-19, calling the changes in the industry a marathon, not a race.

“I hope this will inspire young people to write more, to know that they will be represented and supported,” Lewis said.

Chicken and Biscuits, which ended its run last month, made history with actor-turned-director Zhailon Levingston, who became the youngest Black director ever to helm a Broadway show.

“He took control of that room from the first day…he commands this presence that is an old soul,” Lewis said of Levingston. “So I learned and I really listened to what he had to bring. He took command of all of us and really got us to this finished product.”

Lewis also shed light on his career on stage and on screen, diving into the difference between performing for a live audience every night versus shooting a scene for television or film.

“It’s one of these things where you get such an adrenaline rush every night, because you want to be your best in front of people…I just kind of use that as my impetus to get out there,” he said.

With the holidays in full swing, Lewis also broke down his favorite yearly traditions.

“Most of my Christmases have been fantastic, whether they have been skimpy on the presents or lush with everything that I’ve wanted,” he said. 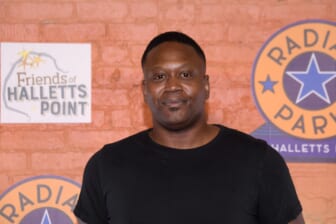 He released his own holiday album, The Norm Lewis Christmas Album, in 2018.

No matter where he is, he “always” plays Christmas music especially that of his favorite crooner, the legendary Johnny Mathis.

“I have to have that sound in my house, or wherever I am…I just have to do that. It’s been challenging because holidays are usually spent here (NYC) working, but I would say having Christmas music around just soothes the soul,” he said.