Snoop was among the event's headliner's, aside names like Ice Cube, 50 Cent, The Isley Brothers, Parliament-Funkadelic, Al Green and The Game.

Snoop Dogg, Drake and other hip-hop stars have taken to social media to react to the weekend death of rapper Drakeo the Ruler at the “Once Upon a Time in L.A.” festival.

Drakeo, the 28-year-old rising star whose given name is Darrell Caldwell, died after being attacked by a group of people Saturday backstage at Banc of California Stadium in Los Angeles and stabbed multiple times during the altercation, theGrio reported.

In wake of the tragedy, Snoop Dogg — who was among the event’s headliner’s, aside names like Ice Cube, 50 Cent, The Isley Brothers and The Game — said he is “praying for peace in hip-hop.”

“I’m saddened by the events that took place last night at the Once Upon a Time in LA festival,” he wrote in a post on Instagram. “My condolences go out to the family and loved ones of Drakeo the Ruler. I’m not with anything negative and as one of the many performers, I was there to spread positive vibes only to my city of LA.”

Caldwell was transported by paramedics to a local hospital after the melee and admitted in critical condition, reportedly stabbed in the neck. The L.A. native later died from his injuries.

“Last night I was in my dressing room when I was informed about the incident and chose to immediately leave the festival grounds,” he added. “My prayers go out to everyone affected by tragedy. Please take care, love one another and stay safe ya’ll. IM PRAYING FOR PEACE IN HIP HOP.”

No one has yet been arrested, per The Los Angeles Times.

Drakeo was one of dozens of performers — including Parliament-Funkadelic, War, Al Green, Cypress Hill, Zapp, Warren G, The Mary Jane Girls, E-40, DJ Quik, The Stylistics and notable other acts — scheduled to perform at the three-stage concert. It was canceled shortly after the incident, TMZ reports.

“There was an altercation in the roadway backstage,” event organizer Live Nation said in a statement. “Out of respect for those involved and in coordination with local authorities, artists and organizers decided not to move forward with remaining sets so the festival was ended an hour early.”

TheGrio previously reported that Drake, who teamed up with Drakeo on the single “Talk to Me,” reacted to news of his collaborator’s murder, writing on his Instagram stories: “Nah man this shit isn’t right for real wtf are we doing. Always picked my spirit up with your energy. RIP Drakeo.”

Drakeo released his first mixtape, I Am Mr. Mosely, in 2015, and would go on to serve up nine more, with the most recent, So Cold I Do Em 2, released earlier this month. He recorded his 2020 album, Thank You for Using GTL, while incarcerated at Men’s Central Jail in Los Angeles. 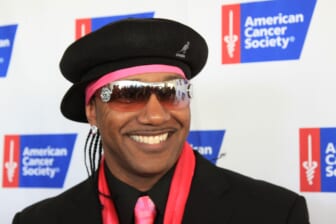 Fans and several of Drakeo’s fellow artists, including Saweetie, Trippie Red and Juicy J, mourned his death on Twitter.

“Rip Drakeo u really supported me when u came home I can’t do nun but thank u bro and wish u a beautiful journey to the other side,” Trippie Redd said. In a separate post, he added, “R.I.P. Drakeo the ruler prayers up for the family.”