An African Cup of Nations warmup game between defending champion Algeria and Gambia was called off hours before kick-off in Qatar on Saturday after several Gambia soccer players tested positive for the coronavirus.

Both teams are set to play in the African Cup in Cameroon, which starts next Sunday with doubts that it should go ahead amid the pandemic and so soon after the emergence of the omicron variant.

Gambia said 16 players — more than half the squad — were unavailable for Saturday’s game and it could not field a goalkeeper. Its soccer federation didn’t mention the virus, only saying the players couldn’t play because of “unforeseen circumstances.”

But Qatar Football Association organizers said the match was called off due to “positive cases of COVID-19 in the Gambia camp.”

Gambia is due to make its African Cup debut but it is unclear how many players may be forced into isolation ahead of its opening game against Mauritania on Jan. 12.

The Algeria soccer federation criticized the late decision to cancel the game, which robbed its team of an important warmup.

The federation said it “deplores this attitude which shows a great lack of professionalism and respect towards the parties who have put everything in place for the success of this preparation match.” 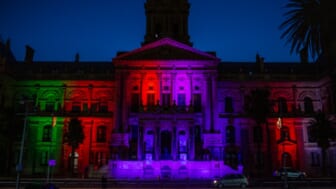 The African Cup is due to open Jan. 9 in the Cameroonian capital Yaoundé despite repeated rumors it was going to be canceled, or even moved to a country outside the continent because of the virus.

Top European clubs have expressed concern for their African players and questioned the ability of the Confederation of African Football and Cameroon organizers to prevent outbreaks at the month-long tournament.

Twenty-four teams are set to play in five cities in the Central African country. Cameroon was initially due to host in 2019 but was stripped of that tournament because of serious delays in its preparations.

The tournament was then delayed for a year from 2021 because of the pandemic.

CAF has insisted Africa’s soccer showpiece will go ahead this time and has employed pharmaceutical company UNILAB to oversee virus testing of players and officials from the two dozen teams.

CAF also announced last month that only fans who are fully vaccinated and can present negative tests will be allowed to attend games, a late restriction that was added at the insistence of Cameroon health authorities, who fear the tournament could become a super-spreader.

Africa has some of the lowest vaccination rates in the world and less than 3% of the Cameroon population are fully vaccinated, according to a global analysis by Johns Hopkins University.