His sentencing date isn’t set, but he faces up to 20 years in prison. Prosecutors' current recommendation is eight years.

The 22-year-old MC was charged after allegedly shooting a man at a Florida hotel in 2020.

Born Lontrell Williams, Shiesty was initially charged by the FBI — alongside two other men — with discharging a firearm during a violent crime, conspiracy and robbery under a law regulating commerce.

According to a previous report, Williams and a man named Bobby Brown (not the New Edition singer) and Jayden Darosa were allegedly in the process of buying marijuana and “high-end athletic sneakers” from two men when a shootout occurred.

In a complaint shared by Billboard, when Williams arrived on the scene of The Landon Hotel in Bay Harbor Islands, he and Brown allegedly shot the men, one in the hip and the other in the buttocks, the outlet reported. Additionally, Miami 7 News obtained surveillance video from the incident that shows several men in luxury vehicles, including a lime green McLaren, engaged in a shootout. 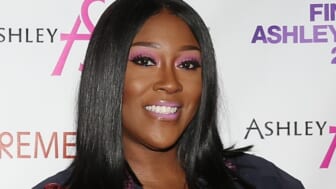 Also Read:
SWV’s Coko reveals she, son among hundreds stranded on I-95 for hours

According to a statement by the Justice Department, Williams admitted to participating in the conspiracy on three occasions: He admitted to firing a gun at a Memphis gas station in July of 2020; at the Florida meetup in October 2020 to acquire marijuana, codeine and sneakers, during which he brandished weapons, assaulted two people and stole their goods, as well as in May of 2021, when he assaulted someone with a gun in Miami.

The date of his sentencing hasn’t been set, but he faces up to 20 years in prison. The current recommendation by prosecutors is 97 months, though, which would be eight years.

However, according to Rolling Stone, Magistrate Judge Lauren Fleischer Louis accepted the new plea, but also cautioned the rapper that the recommended sentence of no more than 97 months outlined in the non-binding deal was not guaranteed at his future sentencing hearing before Chief Judge K. Michael Moore. 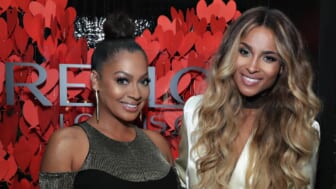 Also Read:
‘I saw what you did for Ciara’: LaLa Anthony hints she may be ready to date again

“If Judge Moore gives you a sentence that is higher than what you were hoping for, that will not be grounds to withdraw your plea. Do you understand?” she said, according to Rolling Stone, which has been covering the proceedings.

The music magazine noted that Pooh Shiesty recently released a freestyle from jail called “Federal Contraband” and that as recently as Dec. 17, he shared a message with his fans, declaring, “Ima be back in a minute won’t be too long til I’m free.”