Administrators for Essence Preparatory Public School in San Antonio were told in August that certain “statements, authors, or written works,” including a quote from How to Be an Antiracist author Ibram X. Kendi, must be deleted from their application and website before state regulators would approve its application, according to documents obtained and reported by ChalkBeat.

The school also was instructed to submit a statement assuring its design and curriculum materials comply with the state’s education code, including its new law governing how race and slavery are taught in classrooms.

Essence Prep’s administrators removed all antiracism references from the school’s website and application in response before receiving a charter in October, according to ChalkBeat. The school is scheduled to open in August. 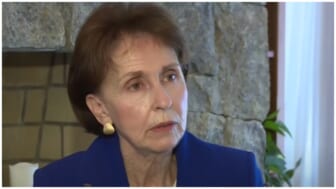 A previous version of Essence Prep’s website stated that the school “is determined to address the legacy of racism in education.”

“We reflect consistently and look at ourselves as we consider the role race plays in our work, experiences and decisions,” the old website stated. “We listen and actively pursue actions that lead us to be clear and focused on systemic educational reform to achieve social, cultural, environmental, economic, and racial justice.”

The Essence Prep website also previously said the school strives “to embody antiracist practice and pedagogy,” and included a quote from Kendi that said “‘the opposite of racist is not racist, it is antiracist.’”

Former San Antonio city council staffer Akeem Brown is the founder and superintendent of Essence Prep who submitted an estimated 500-page application for the school to the Texas Education Agency (TEA) in early 2021, records show.

The TEA governs primary and secondary public education in Texas. Essence Prep was on its way to receiving final approval in June when Texas Gov. Greg Abbott, a Republican, signed House Bill 3979 into law.

The measure, which went into effect on Sept. 1, limits how race and slavery can be taught in Texas schools.

Brown told Texas state Board of Education members in June that Essence Prep leaders “are compelled to offer a culturally competent curriculum,” but will also “serve our students following the law of the state of Texas.”

Toth is the Texas lawmaker that came up with the state’s law opposing so-called critical race theory after some parents expressed concerns about curriculums making white students feel bad about their race. 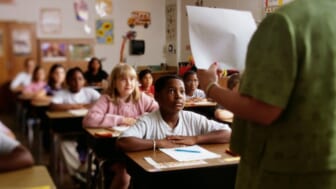 His op-ed was never published, but ChalkBeat obtained a copy of it through a public records request.

“Unlike other charter schools who focus solely on academics, Essence Prep’s goal is to promote Critical Race Theory and community activism,” Toth wrote in the op-ed, according to ChalkBeat.

“I just think it offended those supporters of the law,” he said.