The Zendaya-led series is officially back, two years after the first season, which earned the star an Emmy.

After two and a half years, Zendaya, Hunter Schafer and the rest of the Euphoria gang returned to HBO on Sunday night. 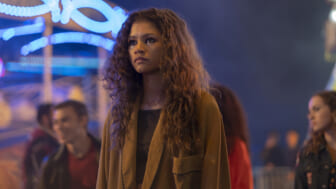 So much has happened since Zendaya‘s Emmy-award winning first season that it almost feels like we are living in a completely different world. Still, the teen drama’s return was welcomed by many on social media: With #EuphoriaHBO as one of the top trending topics on Twitter for most of Sunday, viewers watched with bated breath as they were reunited with Rue, Jules, Fezco and others.

Sunday night’s season 2 premiere proved that, despite plenty of competition in the teen TV genre (Riverdale, the Gossip Girl reboot, etc.) Euphoria still wears the crown. A true teen show of the moment, Euphoria has burst back into the cultural zeitgeist with solid writing, stunning visuals and true star power.

Where we left off

The vast amount of time between the emotional season finale (which saw Rue relapse following a breakup with Jules) and the season 2 premiere might work against the show’s return. Luckily, the premiere beat that by kicking off with something far more interesting than the traditional “So, what did everyone do all summer” trope.

Instead, the opening sequence follows Fezco, a fan-favorite character, allowing viewers to experience an intimate look at his upbringing, growing up as his grandmother’s “business partner” in drug deals before launching back into the present.

In just 10 minutes, the series showcased exactly what it does so well, and what was arguably the most interesting parts of its first season. Outside of the salacious, headline-grabbing content that made it this generation’s Parental Television Council nightmare, Euphoria is genuinely one of TV’s most interesting character studies.

Unlike shows past that pick three characters and pepper in the rest, this one truly invests in everyone. Yes, this is Zendaya’s show and her romance with Jules seems to be the strongest plot line, but the other characters are far from one-dimensional. Their feelings (and they feel a lot), problems and decisions all come together in a symphonic nature

The episode waits almost half an hour before reintroducing audiences to the other teens, including Jules, Maddy Perez (Alexa Demie), Cassie (Sydney Sweeney), McKay (Algee Smith) at a raging New Year’s Eve party. Like most teen TV parties, there is the standard fare: drinking, drugs, dancing. But how the show highlights each character is an impressive juggling act. From Cassie hiding from Maddy in the bathroom after hooking up with Nate, Fezco flirting with Liz, to Rue and Julies finally reuniting, the episode soars during the party, making it impossible to take your eyes away in fear of missing what will come next.

Every teen drama has that love story. The “will they/won’t they,” the crush-to-full-blown relationship, and Rue and Jules represent one for the ages. Their scenes together are like most in the genre, with them stumbling to find the right words, dancing around how they truly feel, but the true strength lies in these characters — who feel fully fleshed out and realized — and the actors playing them. Not to mention the refreshing representation — specifically Schafer, an out, transgender actress. 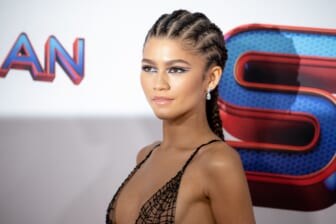 Where we go from here

The most powerful plot line in Euphoria is Rue’s battle with addiction and drug use. Instead of using it simply for shock value or as a teachable moment as many have done in the past, Euphoria centers the entire series around it, constantly grounding viewers in the reality of Rue’s situation. Zendaya herself took to Instagram ahead of the premiere to remind her followers of the serious (and possibly triggering) nature of the show.

The episode ends with an intense climax, as Fezco attacks Nate, the series (or at least the first season’s) villain, while Rue and Jules seemingly reconcile. With plenty still up in the air, (Is Nate okay? Will Maddy find out about Cassie? Will Rue and Jules last this time?) the episode succeeded on multiple fronts, reminding us why we loved this show in the first place, and setting up plenty of story to make sure we tune in every week.