Two former Los Angeles Police Department officers who were fired for blowing off a robbery call to play Pokémon Go while on duty nearly five years ago won’t be getting their jobs back, a judge has ruled. 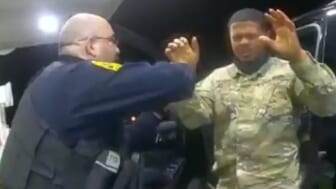 A patrol car digital video system recorded Mitchell and Lozano discussing whether or not they should respond to a robbery-in-progress police radio call involving multiple suspects at a Macy’s store inside the Baldwin Hills Crenshaw Mall in Los Angeles on April 15, 2017.

An investigation determined the officers indicated they were elsewhere “with loud music and engaging community members” although another responding officer saw their patrol car parked “just feet away” in an alley outside the mall.

“Aw screw it,” Lozano said, according to court records, before he and his partner drove away from the scene.

The misconduct probe revealed Lozano and Mitchell later lied to investigators about whether or not they heard the robbery radio chatter and had actually left the scene to chase a Pokémon Go character called a “Snorlax.”

Pokémon Go is an augmented reality game for smartphones that projects animated characters into real-world environments that users have to “battle” and catch.

The Niantic and Nintendo game took the world by storm in 2016 and was involved in several high-profile accidents. Some criminals used the game to lure victims into specific locations before robbing them.

Lozano and Mitchell’s story made Snorlax a trending Twitter topic on Monday. Both men had appealed the lower court’s decision to fire them, arguing that department investigators improperly used the patrol car recording of their private conversation to prove their misconduct, court records show.

The officers also claimed a police supervisor was wrong to question them about their actions without an attorney or labor official there to advise them. 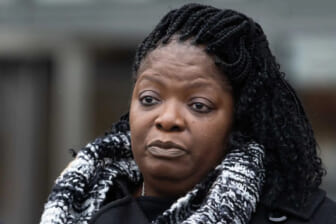 A judge ruled on Friday that the fired officers’ arguments lacked merit.

“It would be preposterous to require commanding officers and internal affairs investigators to ignore evidence of ‘criminal or egregious misconduct’ simply because it was unintentionally captured on a [digital in-car video system] recording,” the judge wrote in his ruling.

The former officers’ attorney told the LA Times that the men “obviously are disappointed” in the ruling and were “considering how to proceed.”