"Each time we redesign our currency, we have the chance to say something about our country," said Treasury Secretary Janet Yellen.

The first coin in the American Women Quarters Program has been shipped, and it features poet and activist Dr. Maya Angelou.

“It is my honor to present our Nation’s first circulating coins dedicated to celebrating American women and their contributions to American history,” said Mint Deputy Director Ventris C. Gibson in a statement. “Each 2022 quarter is designed to reflect the breadth and depth of accomplishments being celebrated throughout this historic coin program. Maya Angelou, featured on the reverse of this first coin in the series, used words to inspire and uplift.”

Angelou was born on April 4, 1928, in St. Louis, Missouri. In the late 1950s, Angelou joined the Harlem Writers Guild. According to her official bio, with the guidance of her friend, the novelist James Baldwin, she began work on the book that would become I Know Why the Caged Bird Sings. The book went on to garner international acclaim and become a bestseller. 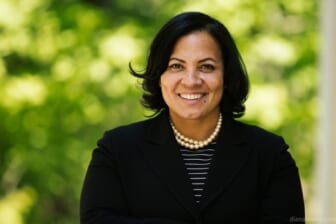 Angelou has written more than 30 bestselling poetry, nonfiction, and fiction titles. She also participated in dance, theater, journalism, and social activism during her career. In her lifetime, Angelou was given more than 30 honorary degrees, and was the first Black woman to write and present a poem at a Presidential inauguration in 1992, when she saluted President Bill Clinton with “On the Pulse of Morning.”

In 2010, Angelou was presented with the Presidential Medal of Freedom, the highest honor in the U.S., by then-President Barack Obama. She died at her North Carolina home in 2014 at the age of 86.

“Each time we redesign our currency, we have the chance to say something about our country — what we value, and how we’ve progressed as a society. I’m very proud that these coins celebrate the contributions of some of America’s most remarkable women, including Maya Angelou,” said Treasury Secretary Janet Yellen.

The Mint said that the tributary quarter was designed by Emily Damstra, an artist in the Mint Artistic Infusion Program, and was sculpted by Craig A. Campbell, a medallic artist for the U.S. Mint.

The quarter depicts Angelou with her arms outstretched and uplifted; behind her is a bird in flight and a rising sun. According to the Mint, the images are meant to symbolize the way she lived her life and are inspired by her poetry. 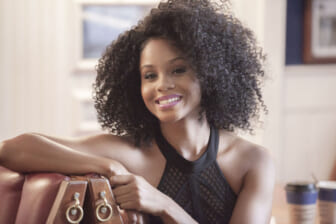 “Maya Angelou’s writing and activism inspired countless Americans and her legacy helped fuel greater fairness and understanding across our nation,” said Senator Catherine Cortez Masto (D-NV), Senate sponsor of the redesign bill. “She is exactly the type of leader I had in mind when Senator (Deb) Fischer (R-NE), Representative (Barbara) Lee (D-Calif), and I wrote our bipartisan legislation to create a series of quarters honoring the contributions of American women. This coin will ensure generations of Americans learn about Maya Angelou’s books and poetry that spoke to the lived experience of Black women.”

Other women who are scheduled to be featured as part of the American Women Quarters Program includes Chinese film star, Anna May Wong, and the first American woman to fly in space, Sally Ride.