Bruno Mars and Anderson.Paak will play 13 shows at Dolby Live at Park MGM between February and April.

Fans have been craving for Silk Sonic to take their show on the road, and now they are getting their wish — kind of. The Supergroup duo of Bruno Mars and Anderson .Paak will kick off a Las Vegas residency in February.

“An Evening with Silk Sonic: Live in Las Vegas” will play at the Dolby Live at Park MGM. The first concert is scheduled for February 25; the duo will play 13 shows, closing on April 2.

Each artist took to social media to announce the residency, providing the link to purchase tickets on Ticketmaster. “Its happening! The sexiest party of the year,” Mars posted on Thursday. “Them Silk Sonic Boyz are performing Live in Las Vegas!”

Its happening! The sexiest party of the year! Them Silk Sonic Boyz are performing Live in Las Vegas! ✨ ♣️♥️♠️♦️✨ https://t.co/UxR4HoJ6Ij pic.twitter.com/k0O5cESV4r 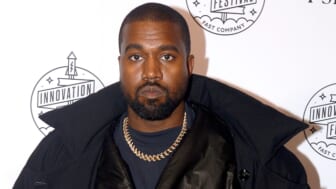 Paak posted, “THE TERMS ARE LOCKED AND VEGAS MIGHT NOT EVER BE THE SAME JACK!! YOU’RE INVITED TO THE HOTTEST SHOW IN SIN CITY!”

Mars knows the Dolby Live venue intimately. He played four solo shows at the 5,200 seat venue last month, as well as a residency in the summer of 2021.

Mars and Paak first made noise as a duo last March when they released “Leave the Door Open,” the lead single to their debut album, An Evening with Silk Sonic. The song reached number one on the Billboard Hot 100 and has been certified double platinum by the RIAA. Their second single, “Skate,” reached the Top 20. 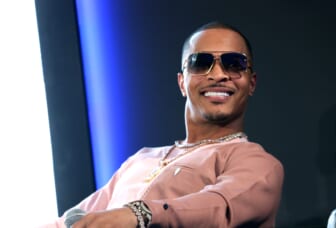 Also Read:
5 rappers who could beat T.I. in a music battle

Mars and Paak enjoyed great success as solo acts before linking up. Between the two of them, they have won 15 Grammy Awards: Mars with 11 and Paak with four.

In 2022, Silk Sonic’s “Leave the Door Open” is nominated for four Grammy Awards: Record of the Year, Song of the Year, Best R&B Performance, and Best R&B Song. The Grammy Awards have been rescheduled for April 3, postponed from this month due to the Omicron variant causing a rise in COVID-19 cases.

The venue has also changed from the Crypto.com Arena (formerly known as the Staples Center) to the MGM Grand Garden Arena in Las Vegas.