Could this be Roe v. Wade’s last anniversary?

OPINION: Make no mistake: Abortion bans will decimate all of the progress women have made during the last 50 years and have devastating consequences for young women—especially young Black women. 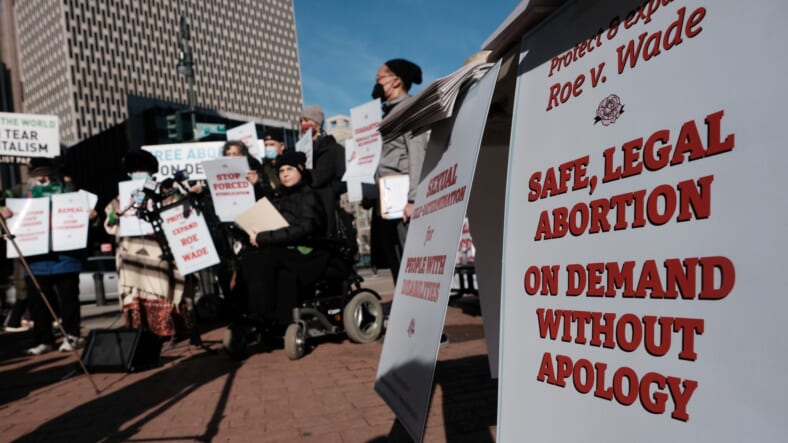 A small group of pro-choice protesters gather outside a courthouse on December 1, 2021 in New York City. The U.S. Supreme Court heard arguments in Dobbs v. Jackson Women’s Health, a case about a Mississippi law that bans most abortions after 15 weeks. (Photo by Spencer Platt/Getty Images)

Freedom is an essential and cherished American value. Every person under the age of 49 has lived in a United States of America with the freedom to access a legal and safe abortion. And since Jan. 22, 1973, women and pregnant people have been free to invest in their education, training, vocations, families and careers in ways that were never imaginable for their mothers and grandmothers. Roe v. Wade gave women and pregnant people the constitutional right to determine their own reproductive futures and, with it, their lives.

That American way of life, where we are armed with the freedom to choose our own paths and craft our own lives, is in grave danger. On Dec. 1 of last year, the Supreme Court heard oral arguments for Dobbs v. Jackson Women’s Health Organization, a case that threatens to strip us and every future generation of the freedom of basic bodily autonomy. 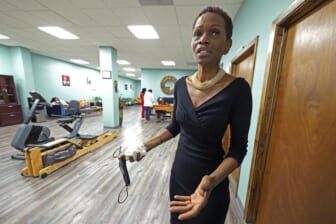 If the conservative majority sides with the state of Mississippi in Dobbs (“Dobbs” refers to Thomas E. Dobbs, the state health officer of the Mississippi Department of Health), it will jeopardize the reproductive freedom of millions of American women. The Mississippi law specifically, and egregiously, targets young Black and brown women, who are more likely to face barriers to abortion care under Mississippi’s proposed ban, which effectively outlaws most abortions after 15 weeks.

Abortion bans and restrictions are not about abortion; they are about control, specifically, controlling who can make their own reproductive health and parenting decisions. The wealthy have always and will always be able to receive safe abortion care. They just call them a D&C (dilation & curettage).  But letting states limit or ban access to abortion compromises the lives of pregnant people who cannot afford to travel to another state or country to access care and traps families in cycles of poverty.

Unfortunately, this is already a reality for many people—especially Black women and poor women. The constitutional right to abortion granted in Roe is a bare minimum. It’s the minimum protection offered to ensure we have basic constitutional freedoms to do what we choose with our bodies.

Time to talk plain. Let’s look at the law.

The Mississippi abortion ban is unconstitutional. It’s illegal. It patently undermines the basic protected right of a pregnant woman to choose whether to terminate her pregnancy without unnecessary government interference. This right is rooted in the Due Process Clause of the 14th Amendment of the constitution, which provides a “right to privacy” that protects a pregnant woman’s right to choose whether to have an abortion. The Supreme Court affirmed this right in the 1992 Planned Parenthood v. Casey decision. Casey also established the prevailing legal standard for legal abortion; a woman has a right to an abortion before viability. Viability is essentially defined as the ability of the fetus to survive outside the uterus.

Now let’s talk legal precedent. Precedent requires that previous court cases serve as guidance for future action from the court. The entire point of legal precedent is to keep our courts in check and ensure consistency that prohibits any court, ESPECIALLY the Supreme Court, from making legal decisions on political or partisan whims.

Between Roe v. Wade and Planned Parenthood v. Casey, the Supreme Court has 50 years of established legal precedent about how to handle abortion rights. If the court wishes to contradict that precedent, the Constitution requires they have a damn good reason. So far, the only reason seems to be a desire to exercise political activism on behalf of the conservative majority that currently occupies the bench. That’s not even close to good enough. Not only is there no sound legal argument for overturning 50 years of legal precedent, this rouge behavior from our nation’s highest court signals a direct defiance of the basic mandate that our courts remain apolitical, fair and just. If the Supreme Court stands with this unconstitutional Mississippi law, look for many more upheavals of long-standing legal precedent around protected freedoms concerning education, housing, healthcare, and more.

Make no mistake: Abortion bans will decimate all of the progress women have made during the last 50 years and have devastating consequences for young women—especially young Black women.

This case comes at a time when, although the maternal mortality rate is declining worldwide, the U.S. reports an increase—one of only two countries to do so. This is largely due to disparities in reproductive and maternal care for women of color. For opponents of freedom, banning a safe and constitutionally-protected medical procedure is a higher priority than protecting the very lives of Black and Brown mothers.

YWCA knows that abortion access stands squarely at the intersection of gender equality, women’s empowerment, and racial justice. It protects our ability to exercise bodily autonomy, plan our futures free from violence and discrimination, and access opportunities in work and life. For more than 50 years, YWCA USA has supported the reproductive freedom of all people to make fundamental decisions about whether and when to have children. And we haven’t come this far to only come this far.

To honor that legacy and continue the fight for reproductive empowerment, YWCA joined Girls Inc, Supermajority Education Fund and the United State of Women by signing and filing an amicus brief in the Dobbs v. Jackson Women’s Health Organization case. To ensure the experiences and voices of young women across the nation are heard and considered by the court, this amicus brief offers data and analysis to demonstrate how a decision upholding the ban and overturning or restricting Roe v. Wade would irrevocably harm women, particularly young women of color, even if they never exercise the right to abortion. To learn more, check out the full amicus brief. 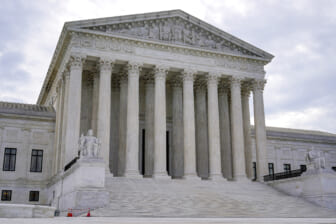 Our country is at a crossroads, and we all need to fight for each other. YWCA USA is calling on all of us to contact our members of Congress and urge them to pass the Women’s Health Protection Act, which protects the right to access abortion care—and ensures that no court, state or politician can limit or ban abortion care ever again.

During this historic fight, we all need to speak out for the women and pregnant people who will be most negatively impacted if the simple right granted in Roe v. Wade is revoked. Will you join me and YWCA to defend your abortion rights?

Eboni K. Williams is a lawyer and television broadcaster. She is currently a cast member on “The Real Housewives of New York City.” Follow her on Twitter & Instagram: @EboniKWilliams