“I just wanted to go around the middleman,” Ernest Crim III says of his TikTok lessons. “I don’t want to have to worry about a racist school board—and I wanted to get directly to the people.”

During the summer of 2016, Ernest Crim III and his wife, Cassie, were the victims of a vicious verbal attack by a woman who hurled the N-word at them at an outdoor festival.

The woman was later identified as Jessica Lynn Sanders, as per the previous reporting by theGrio. She was found guilty of misdemeanor battery but acquitted of felony hate-crime counts and one count of aggravated battery, according to a report by Chicagoist. She was sentenced to 90 days in jail and one year of probation in 2017.

For Crim, the incident, which was one of the most widely publicized hate crimes of the beginning of the “Trump Era,” became a jumping-off point for him to share how racism led to a personal awakening.

Black History Saved My Life: How My Viral Hate Crime Led to an Awakening is Crim’s autobiography, which was published in 2020. In the book, the high school history teacher details how battles with racism as a child and adult in the 90s and 2000s, leading up to this moment, equipped him with the resolve to diligently pursue the case against Sanders and secure a modicum of justice.

Crim has been teaching for 12 years. He is currently a social science teacher at Joliet Township High School. He teaches U.S. History to 11th graders and an elective on African and Latin History, which he says is popular among 9th graders. However, lately, Crim has decided to take history lessons to where even more young people could benefit from them…the internet.

He adds that while he has only been doing the videos since March, he is getting a great response. “I think it’s because people are seeing the suppression of our information and our education,” Crim explained, adding that he aspires to be like historian Carter G. Woodson who wrote about Black history directly for the masses. 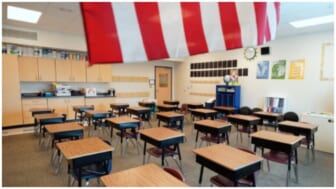 “My saying is: ‘You can cancel it in your district, but you can’t cancel it on your desktop,’” he says jokingly, “So, I’m gonna get to your kids regardless.”

And, he may be right. Crim has more than 250,000 followers on TikTok. His lessons range from stories of Black resistance to the truth about historical monuments.

“TikTok is for dancing, but people are also using it to learn a lot of things,” he says, adding that he believes that the overwhelming response to his work comes from what he calls the “stain” of 2020.

“George Floyd, Breonna Taylor, Ahmaud Arbery, Jacob Blake, and more,” he says. “Those crimes of violence combined with people being at home due to the pandemic helped shift a lot of minds.”

He notes that the 2020 summer of unrest produced a lot of symbolic gestures.

“I think now people are asking, ‘Ok, what are you going to do financially, politically, for these communities?’ I believe people want to see something substantial. I believe that people want to educate themselves so that they don’t accept [unjust treatment] moving forward,” he says.

He adds, “But, we have to unify at such a level that we impose our will on the people who are the decision-makers.” 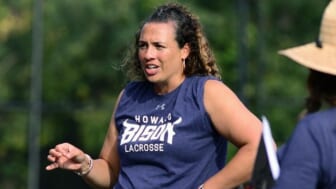 Crim also teaches a virtual Black History class to elementary school students and says that the class is split down the middle with half of the class made up of white students and the other Black.

“I have a lot of parents who want their children exposed to taking a class from a Black teacher,” he explains. “I think the summer of 2020 made a lot of people want to do better and be better.”

He hopes specifically that Black families reclaim how they educate their children in their homes, “and then go to these school boards and demand better, but if that doesn’t happen,” he says, “there are so many other options…online.”