The second season of the popular reality series is officially airing it's reunion, albeit without one of their most controversial figures, Mary Cosby

The wild, unexpected and rollercoaster of a second season of The Real Housewives of Salt Lake City has officially come to a close, and Sunday night marked the first part of the highly anticipated reunion.

The Real Housewives of Salt Lake City has made major news as of late, theGrio previously reported. With Jen Shah, who was indicted and arrested in a federal telemarketing fraud case, Jennie Nguyen who was fired after the reunion aired due to resurfaced racist social media posts and the exit of controversial figure Mary Cosby, the cast is more in flux than ever. With so much up in the air, the reunion was full of shocking, confounding and major moments from the reality series. 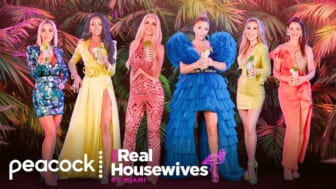 Mary Cosby skipped the RHOSLC reunion when they taped in Los Angeles earlier this year, theGrio previously reported. On Sunday night, fans were finally able to see how the women reacted in real time to the controversial figure missing out on the event. While host Andy Cohen called it “disappointing to say the least,” he went on to explain that a few days prior, he had talked to her about where she stood with her cast mates.

“I spoke to her the other day, she was pretty upset about everyone speaking behind her back about her church,” he explained. “I encouraged her to come and defend her church.”

Many of the women, including Lisa Barlow and Whitney Rose, spent much of season 2 questioning Cosby’s inherited church, often times referring to her as a possible “cult leader.” Meredith Marks, who seemed to be the closest to Cosby, hinted that maybe the show is not the best fit for Cosby, stating, “I have mixed feelings about it because I’m not sure this show is very healthy for Mary.”

Cosby has officially exited the series and is not returning for season 3, which is currently in production, PEOPLE reported.

The Jen Shah of it all

After skipping press all season, Shah was finally able to answer questions regarding her legal troubles, as she is currently facing conspiracy to commit wire fraud with a maximum of 30 years in prison, along with conspiracy to commit money laundering. “This is devastating for me personally and more so for my family,” she told the host. She also hinted that watching the show back, she was surprised to learn who amongst her cast was supportive of her and who wasn’t.

When asked how her lawyers feel about her continuing on with the show and attending to the reunion amid her legal situation, she joked, “Oh, they were ecstatic.” She added, “No, they weren’t thrilled about it but I felt like it was important for me to be here with the rest of the group of friends and show up.”

The most curious aspect of the reunion, is that at the time of its airing, freshman housewife Jennie Nguyen had already been fired. Days after the season 2 reunion filmed, old social media posts from Nguyen’s accounts in 2020 resurfaced, with many containing racist rhetoric and talking points. The reality TV star naturally was called out on social media and was eventually fired by Bravo. Still, the show contained her sections of the reunion, with a disclaimer in the beginning of the episode explaining that the reunion was taped prior to the resurfaces posts becoming public.

Even without those posts, however, Nguyen was called out by fans who had questions about her behavior towards Cosby, specifically what many viewers saw as a “blaccent.” The fan’s question read, “We all agree that Mary was wrong for mocking your accent. When are you going to address, take accountability and apologize for the fact that you constantly use a ‘blaccent?’ You roll your neck and you wag your finger and other stereotypical depictions of black women when you talk to or about Mary?” 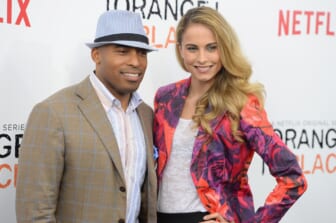 While some of the other housewives seemed to agree and defend Nguyen, it’s important to note there was not a single Black woman in the cast at the reunion due to Cosby’s absence.