The New York Times has acknowledged the mixup and said it will issue a correction.

Tennis legend Serena Williams called out the New York Times on Wednesday for appearing to confuse her with her older sister, Venus Williams, in a recent print news article.

The story in question was about Serena’s early-stage venture capital firm, Serena Ventures, which recently unveiled an inaugural fund of $111 million. 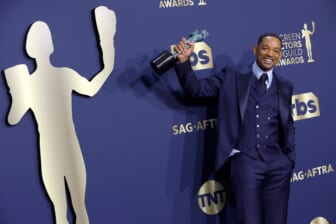 Also Read:
Will Smith calls SAG awards win ‘one of the greatest moments’ of his career

Williams used her Twitter account on Wednesday to share a picture of the print version of a NYT story about the firm, where she also serves as a managing partner.

The story image included a headshot of Venus labeled as her sister.

“No matter how far we come, we get reminded that it’s not enough,” Serena tweeted Wednesday morning. “This is why I raised $111M for @serenaventures. To support the founders who are overlooked by engrained systems woefully unaware of their biases. Because even I am overlooked. You can do better, @nytimes.”

The business section of the Times acknowledged the mixup later in a reply tweet to Williams.

“This was our mistake,” the newspaper tweeted. “It was due to an error when selecting photos for the print edition, and it did not appear online. A correction will appear in tomorrow’s paper.”

Serena Ventures was founded in 2014, according to Bloomberg. On its website, the company says it invests in founders “who solve everyday problems through unconventional thinking and diverse points of view.”

Serena Ventures says it manages a portfolio of 60 companies, including Daily Harvest, SoundWave and MasterClass. The firm says 76% of its portfolio founders come from historically underrepresented backgrounds, including women. 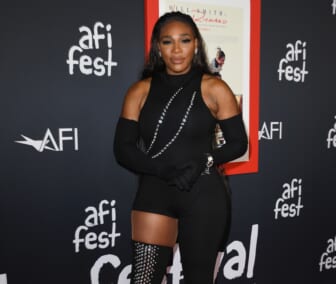 Serena said she was inspired during an event where Clear CEO Caryn Seidman-Becker was speaking on stage and told the crowd that women receive less than 2% of venture money.

“I go up to her afterward and asked, ‘Tell me about this 2% — I know maybe you misspoke,’” Williams told the New York Times. “And she says, ‘No, it’s true.’ And I literally couldn’t wrap my mind around the fact that 98% of all of this money we’re talking about — billions of dollars — goes to one type of individual.”

Serena Ventures did not immediately respond on Wednesday to a request for comment.