The Emmy-nominated Mablean Ephriam talks about her television career, Tyler Perry, the new Supreme Court nominee and her legacy.

Through her “tell-it-like-it-is approach,” Judge Mablean Ephriam brings joy, laughter and truth to the courtroom.

In October 1998, Twentieth Century Fox offered the former prosecuting attorney the opportunity to take up the gavel on “Divorce Court,” the first woman and Black person to do so. The role launched her career in entertainment; during her seven-year tenure on the then-newly revised television show, Judge Mablean not only turned that series into a hit, but established her own personal brand. In addition to resonating with viewers as they watched her irresistible personality shine through their television screens, she became equally known for her recurring role as the judge in several of Tyler Perry’s Madea comedies.

Now, with over 20 years of legal wisdom and a nationally recognized brand, Judge Mablean has returned to television on “Justice with Judge Mablean,” produced by Byron Allen’s Entertainment Studios, where she is beating out long-established shows in her time slot (Allen also owns theGrio). The Emmy-nominated television show host talked with theGrio about her career, the latest Supreme Court nomination, and her legacy. 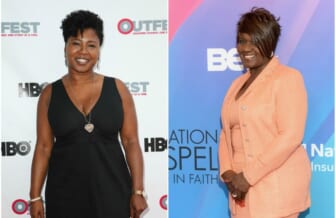 What inspired you to pursue law?

My father, who was 56 years old, had a stroke [that] left him totally debilitated. We didn’t know a lawyer. There were seven more children for my mother to get through school. She fought the social security system for disability. They denied him disability. They kept saying “if you disagree with this finding, you may appeal.” So, that’s when I learned how to appeal. That continued for over a year until it was resolved. I vowed then that I would become a lawyer, so that my family members would not have to have that type of experience again. The other thing was the civil rights movement was going on during my childhood [and] I wanted to be a part of it.

What’s your favorite thing about hosting a television court show?

I say that my job as a television artist is not only to entertain, but to educate, to stimulate [and] to motivate. I love what I do because it allows me to do all of that.

I am the first Black woman to become a television judge and that was a milestone. So many Black kids don’t have hope for the future and they don’t even know what avenues are available to them. I give some child out there who’s listening to me trying to figure out their future a hope and a dream, and they may say “oh, that’s what I’ll be.”

Pivoting to Biden announcing the nomination of Ketanji Brown Jackson—the first Black woman nominated to be in the Supreme Court—can you speak to the importance of a Black woman in that seat of power?

I love the part that he made a vow to do so and he’s keeping that vow. I love the part that it will be a Black woman judge on the Supreme Court. I hate the part that is the first—in 2022. Our country was founded in 1776. So, I am excited that finally our voices will be heard. We get a chance to [have] someone like us make a difference. It’s an absolutely marvelous thing that everybody’s voice will be there and it’s wonderful to have that one other piece of diversity added to the United States Supreme Court.

Who are some of your favorite Black icons that inspire you to be who you are today?

Fortunately, I had a mother who inspired me. When I decided in the eighth grade [that] I wanted to be a lawyer, my mother was the first one there encouraging [me]. Then, it was my church. My church encouraged the young people to do what [they] wanted to do, to dream, to hope, to fight forward [and] to prepare for it. I had people like [Yvonne] Brathwaite Burke, who’s one of the first Black women to become a lawyer. I had people like Maxine Waters, who was just a parent standing up to the school board. I had people like that as my heroes and heroines. 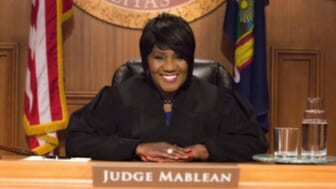 Also Read:
Judge Mablean and Judge Karen to compete on ‘Who Wants to be a Millionaire’

Looking back at your amazing career, what would you say is one of your favorite career-defining moments?

My favorite career-defining moment was when I went down to the Metropolitan News on November 30, 1978, to see if I had passed the bar. When I looked up on that wall and I found my name, my mother was with me and that was my defining moment.

I grew up seeing you in Tyler Perry movies. So of course, I wanted to know: What was it like working with Tyler Perry?

That amazes me and it really shows the power of television and the power of movies. When I did the Tyler Perry first movie, I had been doing “Divorce Court” for four or five years. My scene was three minutes, and more people came to know me from those three minutes than four years, five days a week, two times a day on television. I couldn’t believe it. But working with Tyler was absolutely a wonderful experience. It didn’t seem like work. I really enjoyed the experience.

When people remember Mablean Ephriam in the future, what do you want your legacy to be?