Even all these years later, the Notorious B.I.G. is still the rapper I’m most impressed by

OPINION: It's been 25 years since Brooklyn's finest MC was killed in Los Angeles, and even now, I'm still impressed by his talent like it's my first time hearing him. 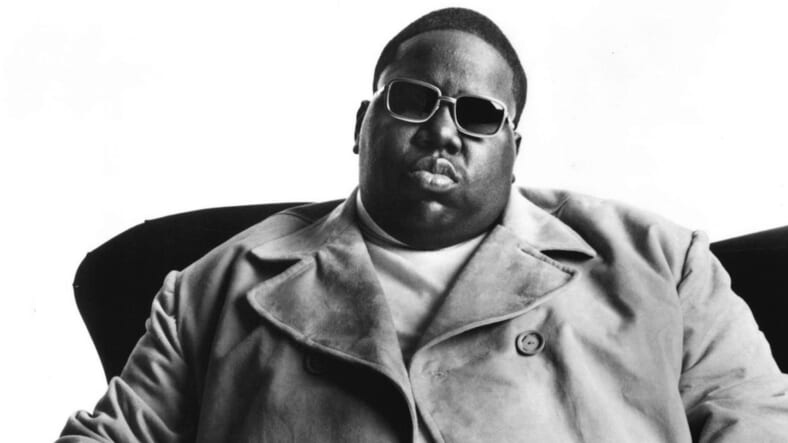 I still get sad listening to Biggie. Not any particular song either, all of them. My father was the one who told me Biggie, or more professionally the Notorious B.I.G., and more personally, Christopher Wallace was killed. On the morning of March 9, 1997, I had come downstairs to get something to eat on the way to school, and my dad told me that Biggie was dead. I turned on the television, and there on MTV, Kurt Loder (probably) was breaking the news that rapper the Notorious B.I.G. was gunned down after leaving a VIBE party at the Petersen Automotive Museum in Los Angeles. 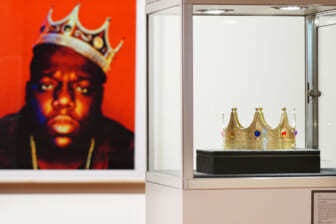 But you already know this. Everybody knows this. There are books, movies, podcasts, dedication songs, etc., about the deaths of Tupac Shakur in Las Vegas in September 1997 and Biggie, six months later, in Los Angeles. I know their life stories as if they’re my family at this point. Their lives and contributions to hip-hop, the art form that is as essential to my core being as the life lessons my parents taught me. Like most people who came of age in the ’90s (as I did) and for whom hip-hop is central, I’ve argued at length with people about who belongs on hip-hop’s Mount Rushmore and, more importantly, who takes up space in my “top 5 M.C.s.” That list almost always includes Jay-Z, Biggie, Nas, and the last two slots are a revolving list of André 3000, Ice Cube, Lauryn Hill (circa The Score; she is responsible for probably my favorite hip-hop verse ever on “Zealots“), Prodigy and Juicy J. Just kidding.

But even though that “top 3” is locked in, Biggie stands head and shoulders above the rest in my eyes for one simple reason: I’m still impressed by Biggie, even all these years later. I study Biggie at times because I want to know how his mind puts together bars and lyrics and rhymes.

For instance, when I listen to “Kick in the Door” and the last verse, in particular, I often find myself thinking about how brilliant the rhyme structure is and how he stacked those rhymes. I obviously am unable to do that, and it’s clearly what makes Biggie a special, unique, one-of-one talent, but I’ve also heard that song thousands of times at this point in life; I still respond to it (and him) like I’ve never heard of him before.

And it’s not to say that I don’t get that same feeling on occasion from other artists and projects—the effortlessness of André 3000, the cool of Jay, the storytelling of Nas and Ice Cube, etc. Those artists have amazing skill sets, making them exactly who and what they are to the culture: legends.

But there’s something about Biggie and his cadence, flow and word choices; he was good at everything in such a way that when I listen to his two albums, Ready to Die and Life After Death, I marvel.

I was late to the Biggie party, at least in terms of fully appreciating what he brought to the table. I first heard Biggie on the Who’s The Man? soundtrack with his song “Party and Bullshit.” I had that soundtrack but didn’t immediately realize that guy was the one who made “Juicy.” “Juicy” is my record. I loved it at first listen. I didn’t even know it was a Mtume sample; my understanding of sampling as a cornerstone of hip-hop wouldn’t crystallize until years later. I just knew I liked that song and the story it told. And since I was just really starting to pay attention to lyrics and lyrical dexterity, I thought he was great on that song. I didn’t like Ready to Die immediately, though. In fact, I was much more of a west coast hip-hop head; I thought the music from the West and South was better and more suited to my own personal life. I didn’t like the beats that much, and I’m a beats guy.

Life After Death, though. I liked that album immediately. Maybe it was because I was listening to hip-hop differently by the time it came out. I loved everything about the album and could more fully appreciate how good of a lyricist Biggie was. He was also dead by the time the album was released, causing everybody to really zero into his lyricism since, well, this was the last we’d ever get from him (presumably). I revisited Ready to Die after listening to Life After Death and heard it differently. Songs like “Unbelievable” and “Suicidal Thoughts” sounded different. How good he was on those records was something I realized I could, just, never do. I studied those bars and lines and tried to figure out how to think like that and compose records like those. I was a young Black kid; I spent several months actively trying to be a rapper and years thinking about if I should give it a shot. But that was when I was 17 years old, and those lines and talent were new. 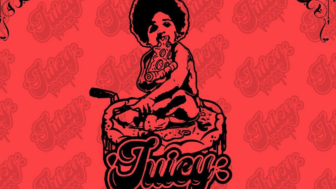 It’s 2022, and if I put on one of my various Biggie playlists, I know I will listen to a song and have to take a second to realize just how impressive he was as an artist. It’s been 25 years, and now, today, I can find something to remind me just how much better at this rap thing he was than others, others who continue to grow and craft new works of art.

I still get sad listening to Biggie, but I’m also very appreciative of what we got from him while he was here because it still sounds fresh and new and aspirational as a talent. I love hearing and seeing people do things I know I couldn’t do; that’s lots of hip-hop artists for me, but Biggie in particular.

Panama Jackson is a columnist at theGrio. He writes very Black things and drinks very brown liquors, and is pretty fly for a light guy. His biggest accomplishment to date coincides with his Blackest accomplishment to date in that he received a phone call from Oprah Winfrey after she read one of his pieces (biggest) but he didn’t answer the phone because the caller I.D. said “Unknown” (Blackest).