Corey Pujols, 27, reached a deal with prosecutors in Tampa, Florida, and pleaded guilty to felony battery in fatal punch.

A Black restaurant worker who punched an elderly white man — who later died — over a racial slur has been sentenced to two years of house arrest, according to WTVT-TV.

Corey Pujols, 27, reached a deal with prosecutors in Tampa, Florida, and pleaded guilty to felony battery, potentially avoiding decades in jail for causing the death of Vonelle Cook, 77.

Pujols was working at a Dunkin’ Donuts in Tampa, Florida, on May 5, 2021 when Cook tried to order coffee at the restaurant’s drive-through, court records say, as reported by The Associated Press. But attendants couldn’t hear him, and he became upset. He parked his vehicle, walked into the restaurant and complained about his service, according to investigators.

Store employees described Cook as a regular customer who was “regularly troublesome and abusive,” according to a press release from the Florida State Attorney’s office.

Pujols asked Cook to leave, and the elderly man responded with a racial slur. Pujols told Cook not to use the slur again, but he did. This time, Pujols threw a punch to the senior’s jaw that knocked him to the floor, where he hit his head, according to WTVT. 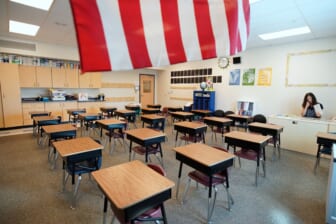 Cook was transported to a hospital, where he died three days later. An autopsy showed Cook suffered a skull fracture and brain contusions, WTVT reported.

Pujols was originally charged with aggravated manslaughter, which carries up to 30 years in prison. But prosecutors accepted a plea deal that also includes 200 hours of community service and an anger-management class.

Prosecutors told The Tampa Bay Times that they considered a number of factors before agreeing to the plea, including Pujols’ youth and his lack of intent to cause Cook’s death. 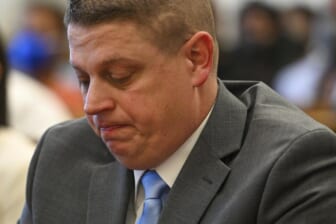 “Two of the primary factors were the aggressive approach the victim took toward the defendant and everyone working with the defendant, and that the victim repeatedly used possibly the most aggressive and offensive term in the English language,” Grayson Kamm, a spokesman for Hillsborough State Attorney Andrew Warren, told The Times.

Prosecutors believed Pujols needed to be held responsible for his actions, yet also took into account Cook’s behavior, his “very troublesome criminal history” and time served in prison, which they said made him an “unsympathetic victim,” WTVT reported.