Successful and Miserable: Why you should leave your toxic job now

There’s a thin line between success and burnout, and it’s a tightrope former CNN Senior Producer Elise Roberts tried to balance before she took a leap into a new career to save herself. Roberts understood sometimes jumping into the unknown is safer than staying where you are.

Even though she was working under a cloud of nonstop stress, Roberts could see glimpses of where she was headed in her prestigious news position. There was more money, more respect—and more pain.

“In this last position, I am managing talent. I’m managing producers, I’m managing directors. I’m making the most money I ever made…right on top of the world. And it started messing with my health. Not only my mental health, but my health,” she said.

“I remember making a joke about it because I’m always trying to laugh through pain and telling my doctor, ‘I’m glad I have good insurance!’ and she said, ‘it sounds like you need it because your job is starting to kill you.’ And it hit different,” said Roberts. 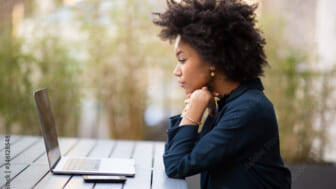 The real work began when she knew it was time to go. It was an inside job that started with convincing herself she had the skills and experience to do whatever she wanted to do.

“I had to realize that my skills and my expertise were there. It didn’t matter where, what building I was in or who I was working for. No one can take that away from me,” she said.

Once she built confidence in her skills and imagined herself using them in other spaces, she then had to deal with what most people want in their work: Success. She would be stepping away from a career she spent 20 years building and the mountain of successes that preceded her decision to start over. She needed her faith to see her across the finish line and it showed up for her through a dear friend who was diagnosed with cancer.

“I remember being in the room when the doctor came in and it was just me. When I finally went to see her, it was just the two of us with the doctor. He basically told her there was nothing else he could do, “ she said. “After he left, we prayed and she told me about her fear and I remember telling her that we have to have faith over fear,” said Roberts. “I’d seen it somewhere. I wish I could say I came up with it, but I didn’t. But I remember telling Valerie that the two can’t live in the same space. You can’t have faith and fear because that’s like telling God, I know I’ve asked you for this. I know I’ve prayed to you for this, but I don’t trust you to do what you promised,” she said.

Roberts took her own advice and decided she was going to move in faith not fear. She left her job and founded BLOOM Media where she works with corporations, startups and small businesses to help them build and launch a media strategy that will deliver a compelling message in a captivating way. She’s doing media her way and on her terms. 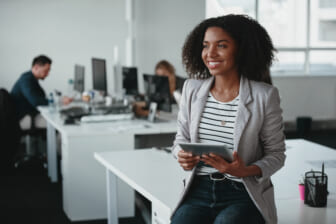 Also Read:
Black women are creating a pipeline of diversity in the tech sector

Roberts hopes her story serves as the push you may need to leave a toxic job. No more excuses. No more settling for the money or prestige. It’s time to do what you love.

So, where do you begin?

“Start with what you love. I know it sounds cliché. What would you do if you weren’t getting paid? Well, we’re going to make sure we’re paid well because we deserve it. Especially as Black women, we are the hardest working, most educated, so we deserve all the things. So start with what you love. What do you love doing? What comes with ease to you? What are you passionate about?”

Roberts is asking you to prioritize what you want and don’t let your comfort zone or fear of losing good money stop you. You can get comfortable again and money comes to you in abundance. (Save that affirmation.)

Life is short, go get yours. Sometimes it helps to see someone who looks like you do it first. Let Roberts be that one.

VIDEO: Watch Elise’s interview in full and Coach Tish’s top 5 things to do today if you’re ready for a new chapter in your career.

Letisha Bereola is a life coach who helps ambitious women overcome burnout and reach their career goals so they feel great at work and happy at home. She’s a former Emmy-nominated TV news anchor, Podcast host of AUDACITY and speaker. Learn more: www.coachtish.co