The revived unit focused on gun crimes comes as shootings and crime continue to surge in the city since Adams took office.

As reported by The Hill, Adams rolled out the new gun crime task force on Wednesday, and said its formation had the input of the community.

“I’m not going to put these men and women on the front line and have someone put a phone in their face while they’re taking action, and try to critique their ability to do their job, and allow the noise to determine that they’re not doing their job correctly,” Adams said Wednesday at the city’s Police Academy in Queens, as reported by Politico.

“They have my support,” he said. “I’m not sending them out on the front line and abandoning them while they’re on that front line.”

The new anti-gun crime task force comes as shootings and crime continue to surge in the city since Adams took office in January.  The gun crime units will have a strong presence “in about 30 precincts throughout Brooklyn, Manhattan, the Bronx and Queens,” per The Hill, citing a Bloomberg report. 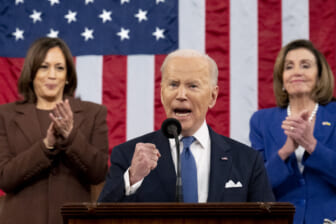 “I made the promise to New Yorkers on the campaign trail that we would put in place a specialized unit that would focus on gun crimes,” Adams said. “I also made the promise we would not repeat the mistakes of the past.”

Adams is the 110th mayor of New York City and the second African-American mayor of the largest city in the U.S. He warned its residents on Wednesday that gone are the days when bystanders with cameras could stand over cops and film them on the job.

“If an officer is on the ground wrestling with someone that has a gun, they should not have to worry about someone standing over them with a camera,” Adams said before adding, “There’s a proper way to document.”

“If your iPhone can’t catch that picture with you being at a safe distance, then you need to upgrade your iPhone,” he continued. “Stop being on top of my police officers while they’re carrying out their jobs. That is not acceptable, and it won’t be tolerated.” 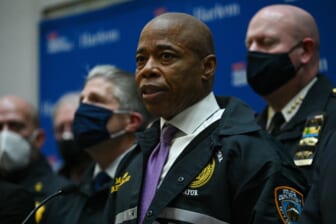 According to the Politico report, civil rights groups are already giving the side-eye to Adams’ new neighborhood safety units.

“Historically, these units have been involved in excessive force at rates that are disproportionate to the rest of the department,” said Michael Sisitzky of the New York Civil Liberties Union. “They’ve racked up higher rates of misconduct allegations, and they’ve been involved in some of the most notorious killings of New Yorkers.”

Sisitzky contended that the mayor’s message “seems clearly designed to discourage New Yorkers from engaging in their constitutional right to hold police accountable.”