New data from the Centers for Disease Control and Prevention (CDC) found that Black adults in the U.S. were four times more at risk of hospitalization than white counterparts as cases of the omicron variant peaked, The Washington Post reported.

During the highly transmissible variant’s surge in cases from the middle of December 2021 through late January, the CDC found that rates of hospitalization for Black patients in January reached a higher level than any other racial or ethnic group since the COVID-19 pandemic began, as reported by The Post.

The report, which examined hospitalization rates in 99 counties across 14 U.S. states, additionally found that unvaccinated adults were 12 times likelier than vaccinated adults to be hospitalized due to COVID during the surge, according to The Post.

Per the report, a lower rate of Black adults older than 18 had gotten their first two shots (39.6%) than white counterparts (47.3%) as of Jan. 26, with 43.9% of vaccinated Black adults having gotten a booster shot after becoming eligible, compared to 54.5% of eligible white adults. 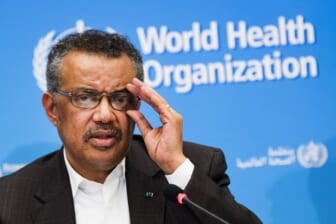 According to the report, while hospitalizations in Black communities increased among all vaccination statuses, rates among adults in some communities of color, including American Indian, Alaska Native and Latino communities, dropped during omicron compared with the delta variant, The Post reported.

According to the outlet, Teresa Y. Smith, an emergency physician at SUNY Downstate in Brooklyn and associate dean of graduate medical education at Downstate Health Sciences University, works in a borough with a majority Black and Latino population which has seen social, economic, political and environmental factors result in a disproportionate impact on local families since long before the pandemic.

Smith told The Post that the vaccinated patients she treated during the surge were not as likely to be “lethally sick,” but added that any virus “can set off people’s underlying illnesses.”

“Even a cold can make your diabetes or high blood pressure worse,” Smith told the outlet. “So even if they’re not deathly sick from COVID, they still may have a jump in their glucose or not as good control of their hypertension. And so, admissions have increased because of that, but those who end up getting admitted and go to the ICU are those who are unvaccinated.”