The first season of the series also set records at the streamer, becoming the biggest original series on Netflix at the time

It looks like Shondaland continues to reign on Netflix! The second season of Bridgerton has reportedly already smashed ratings records at the streamer, earning the most views during an opening weekend for an English-language Netflix series.

When Bridgeton first premiered in December of 2020, it quickly became one of the biggest shows the streaming era had seen, earning the spot as the highest-rated show to ever drop on Netflix. While 2021’s Squid Game would eventually break that record, it looks like Bridgerton‘s highly anticipated second season was worth the wait. 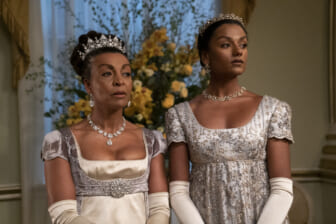 The second season of the hit series was watched for 193 million hours during its debut weekend, per Variety. This makes the series the most-watched English-language title on a premiere weekend in Netflix history. Currently, the series sits at #1 on the streamer. The first season is in third place.

The show’s success is not Shondaland’s only victory this year. Inventing Anna, written and created by Rhimes, continued to increase in streams weeks after it premiered in February, tripling its viewership in the second week alone. 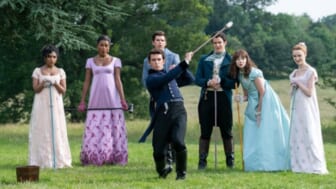 The second season of Bridgerton centers around Viscount Anthony Bridgerton (Jonathan Bailey) as he attempts to find a wife. The story introduces new characters, the Sharmas, an Indian family arriving just in time to shake up the courting season. Filled with the same steamy romance that made the first season a success, the second installment has been a hit not only with viewers, but with critics as well.

To no one’s surprise, this is not the last time Netflix will bet on Bridgerton. The series was renewed for a third and fourth season, and a spin-off prequel based on fan-favorite, Queen Charlotte, has already started production.

Season 2 of Bridgerton is available to stream now on Netflix.