OPINION: Silk Sonic nabbed two major awards, record and song of the year. And while Jon Batiste won the biggest prize of the night—album of the year for 'We Are'—it was a reminder that a Black artist hadn't won that award since 2008. 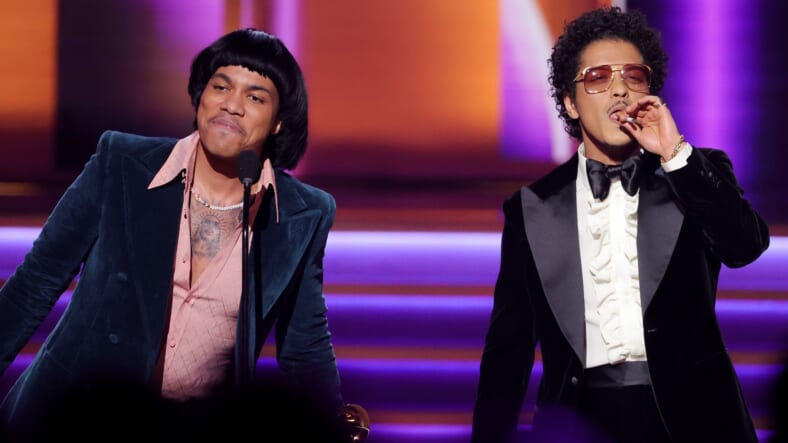 Anderson .Paak and Bruno Mars of Silk Sonic accept the record of the Year award for “Leave The Door Open” during the 64th Annual GRAMMY Awards at MGM Grand Garden Arena on April 3, 2022 in Las Vegas, Nevada. (Photo by Rich Fury/Getty Images for The Recording Academy)

On a night when protests by Drake and the Weeknd threatened to overshadow the Grammys, music’s biggest night turned into a celebration of Black music. But it was not nearly enough to address the serious complaints against the Grammys. All American music is either Black music or the child or grandchild of Black music, so even when you hear country music, you’re essentially hearing Black music—think of it like a sonic neighborhood that Black people used to live in, but now white people live there. Yet the Grammys aren’t recognizing modern Black artists often enough. 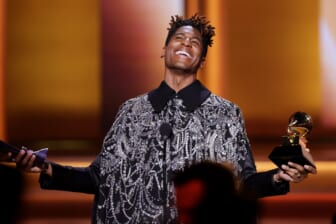 The night began with a performance by Silk Sonic—that’s Bruno Mars and Anderson .Paak. They gave a nod to Elvis Presley, Ike Turner and James Brown with their clothes, hair and performing style, but we didn’t know that their performance was an omen of things to come.

We were told this was going to be Olivia Rodrigo’s night; she was supposed to win everything that mattered, but she didn’t—Mars and Paak won two of the night’s four biggest awards, record of the year and song of the year (Rodrigo would have to settle for best new artist along with genre wins for best pop solo performance and best pop vocal album).

Record of the year is for performance, as in how well it’s sung, and song of the year is for composition, as in how well it’s written. Both awards went to Silk Sonic’s “Leave the Door Open,” a nice, lush, schmaltzy song that would fit in a Black rom-com during the prelude to the main characters heading to bed. Is it an incredibly well-written and performed recording that we’ll be playing for years? Is it as powerful and memorable as past songs that won both record and song of the year—“This Is America” by Childish Gambino, “Hello” and “Rollin’ In the Deep” by Adele, “Rehab” by Amy Winehouse? Probably not. That may speak to the complaint many Black artists have—that the Grammys are not doing a good enough job at recognizing talent because the voters are too old and too quick to vote for white artists.

Plus, awarding best rap song and best rap album off-camera sends a clear message that hip-hop is not important to the Grammys. Make no mistake, hip-hop remains one of the most important genres in America, both culturally and commercially, but the Grammys has the major awards for hip-hop in the virtual shadows. Tyler, the Creator’s Call Me If You Get Lost won best rap album and “Jail,” by Kanye featuring Jay-Z, won best rap song if you care. 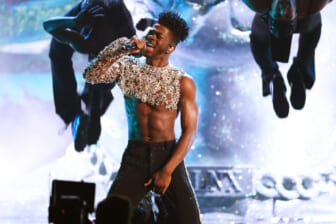 Jon Batiste won the night’s biggest award, album of the year, for his vibrant, soulful, joyful album, We Are, which was a triumph for Black music and for the rich musical culture of New Orleans that helped shape him. But his victory reminded me that this was the first time a Black artist had won album of the year since 2008 (Herbie Hancock’s River: The Joni Letters). The last time a Black artist won album of the year, George W. Bush was president. That’s insane. In the years since then, the Grammys have passed over Beyoncé (three times), Kendrick Lamar (twice), Frank Ocean, Kanye, and Jay-Z.

How is it that Black music can shape American music, and there are so many great Black musicians working now, and yet, the Grammys repeatedly overlooks them? There’s something missing from the Grammy voters. They’re out of touch. When they’re repeatedly sailing over legendary Black artists, it gives credence to the critique against the Grammys.