Chance the Rapper gifts 1,500 meals to Chicagoans for his 29th birthday

The Grammy-winning rapper has organized various community events in Chicago since launching his charity, SocialWorks, in 2016.

As reported by PEOPLE, the Grammy-winning artist and humanitarian chose to celebrate his big day on Saturday, April 16 by gifting 1,500 free meals to those in need in his hometown of Chicago, hosting the event through his youth-empowering nonprofit SocialWorks.

Video from the drive-up meal giveaway on Saturday was shared by Chance on Instagram, showing volunteers providing the community with meals as well as cups of the rapper’s signature ice cream flavor with Ben & Jerry’s, “Mint Chocolate Chance,” per the outlet.

To additionally commemorate the day, Chance shared a series of throwback photos featuring himself as a young child with his mom, Lisa and brother, Taylor, the outlet reported.

“He’s 29,” Chance wrote in the caption. “Best gift u can get me is showing someone they’re a child of God today.” PEOPLE reported that the rapper also has a new single called “Child of God.”

As previously reported by theGrio, Chance (born Chancelor Bennett), cofounded the nonprofit organization SocialWorks in his hometown of Chicago in August 2016, with his friends Justin Cunningham and Essence Smith.

SocialWorks aims to support Chicago Public Schools by raising money for social issues that affect the city’s most at-risk youth. According to the nonprofit’s website, the rapper aims to empower students who may be experiencing homelessness, mental health issues, and more. It also offers safe spaces for people in Chicago’s artistic community.

Chance previously said that he founded SocialWorks with the intention of “giving back to his community.” As of February 2020, the organization had raised $8 million, including $2 million donated by the rapper himself, per ABC 7 Chicago. 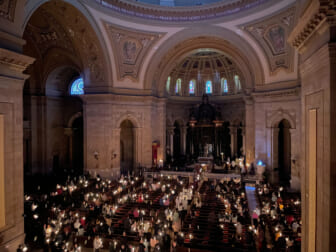 Also Read:
For many, Easter Sunday marks a return to in-person worship

In a virtual interview with TODAY in 2020, Chance said his inspiration to serve others comes from his Christian faith, which he often raps about in his music.

“I think it’s indirectly my faith,” Chance told TODAY’s Carson Daly. “I get a lot of my sense of understanding and kindness from my mom. And then my dad and his side of the family were all community organizers. My great grandmother marched with [Dr. Martin Luther] King and organized. My grandmother worked for Harold Washington when he ran for mayor of Chicago.”

Chance told Daly about some of the programs Social Works has offered thus far during an extended interview for the outlet that dropped in 2021.

One such program was “My State of Mind,” in which Chance said volunteers “compiled a list of all of the mental health facilities, private and government-owned that were in the state of Illinois and worked with the state and the local governments to make it all accessible for people.”