The Obamas to end deal with Spotify

Higher Ground, the Obama's production company, will not renew its contract with Spotify

Former President Barack and Michelle Obama are leaving Spotify. The couple’s production company, Higher Ground, is ending its deal with the streaming service, according to Variety.

Higher Ground’s exclusive deal with Spotify expires in October. The Obamas have decided not to renew their contract with the streamer, reportedly due to issues with the terms of their exclusive deal. One such issue is their desire to expand distribution for their programming.

The Obamas signed their exclusive deal with Spotify back in 2019 and since then, Higher Ground has produced several podcasts and audio programs. Its first project, 2020’s The Michelle Obama Podcast eventually became Spotify’s most-listened-to Spotify Original to date, according to Variety. 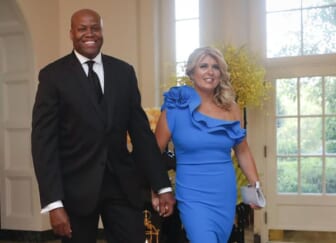 In 2021, Higher Ground produced Renegades: Born in the USA, conversations between Barack Obama and Grammy and Academy Award-winning singer/songwriter Bruce Springsteen. This year, the company released two more podcasts; The Big Hit Show about pivotal pop culture moments, and Tell Them, I Am, a collection of Muslims telling universal stories.

Now that the Obama’s are leaving Spotify, the pair will look at taking Higher Ground to other companies in search of a non-exclusive deal. Some of the companies they are reportedly fielding offers from are Audible and iHeartMedia.

Higher Ground will keep the distribution rights of the podcasts it produced during its tenure with Spotify after the deal expires.

In addition to podcasts, Higher Ground also produces films and TV shows as part of its deal with Netflix, including the Academy Award-winning 2019 documentary, American Factory. Earlier this year, Higher Ground announced it would team up with Ahmir “Questlove” Thompson and Tariq “Black Thought” Trotter to co-produce the documentary, Descendent, for worldwide distribution at Netflix. 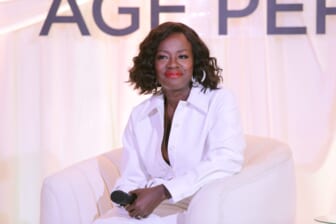 Higher Ground will also produce three other new films for Netflix, including Exit West, the science-fiction feature based on the novel Satellite, Tenzing, a film about Tenzing Norgay, the first man to climb Mount Everest, and The Young Wife, a film from the mind of Tayarisha Poe.