10 Thoughts, Prayers and Concerns about Netflix’s The Ultimatum: Marry Me or Move On

OPINION: If ‘whew, chile’ was a person, it would be The ‘Ultimatum: Marry Me or Move on.’ 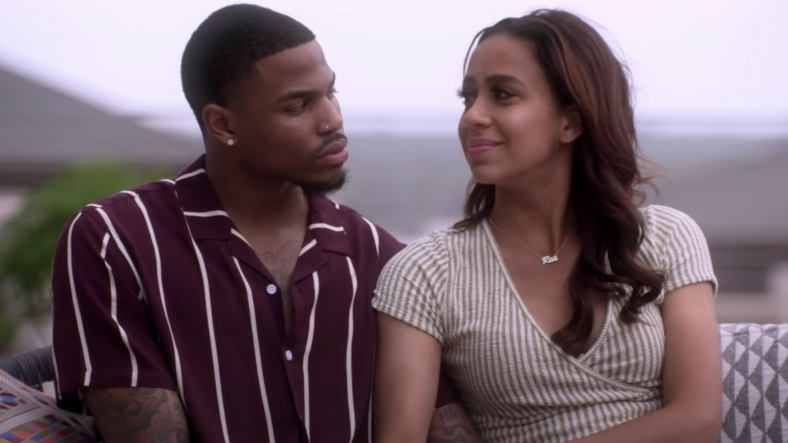 The Ultimatum: Marry Me or Move On (Netflix)

The Ultimatum: Marry Me or Move On (simply The Ultimatum from here on out)—the Netflix Original series that puts a bunch of 20-somethings in a relationship cauldron of foolywang and says “go”—had me at hello. The premise, of course, is that one person in the relationship has given a “marry me or I’m leaving” ultimatum; the show was created to truly test whether or not that needs to happen. To do this, each couple splits up for three weeks and “dates” another person they think they might have a connection with to see if they should return to their relationship and get married, perhaps get engaged to the new person or leave altogether. Shenanigans for everybody.

I hesitated to watch it at first, but then everybody and their mama kept telling me that I needed to check it out. In fact, the only other time I had as many people hit me up and say, “have you seen this show?” was Tiger King. From the first episode of The Ultimatum I knew I was going to have all types of thoughts and sure as shootin’, I sho’nuff do. Funny enough, whenever I title something with thoughts, prayers and concerns it’s a call back to church, but I actually do have thoughts, prayers and concerns about this show and the folks on it. In the words of G-Dep, let’s get it.

Also, spoiler alert. All the spoilers, bro. All of them.

1. Nobody on this show is ready to get married.

My literal first takeaway from the very first episode was that not a single soul on this show—not the ones who were dishing out the ultimatums or even Colby and Madlyn who ended up married on the show finale—was actually ready to walk down the aisle. I believe this with my whole soul. It’s odd to say what I’m about to say but I have come to terms with my age: all the folks on this show were chirrens. They all have way too much life they all clearly need to go live first. Who I was at 23 is absolutely not who I was at 31 and is definitely not who I am at 42.

2. On a personal note, I often had to remind myself while watching that I could be almost everybody’s PARENT, not a participant.

I had this same realization while watching Bel-Air; I’m the parents now. I’m not Will and Carlton. I’m Uncle Phil. With The Ultimatum, I’m over watching this show thinking about what I’d do in these situations. In reality, I’m the parents at home who the couples all come to visit. This part of life has been more difficult to remember and apparently lean into than I thought it would be. I might need a hug.

3. I genuinely think this show would be even more entertaining, but in perhaps a less positive way, if the participants were in their mid-30s when time seems so much more…dire.

Watching these folks on this show so pressed about a ring (and let’s be real, it was more about the ring than getting married for more than a few) was cute and all. Hell, Randall and Shanique got engaged on the finale and by the reunion, were no longer engaged. Good for them; they have LOTS of things to work on. For the record, I’m ignoring all y’alls chatter about Randall. You know what I’m talking about.

But if you put some folks who have been dating for 5 plus years and one won’t commit and other just won’t leave, baaaaaaaby….THAT’S Iyanla levels of foolywang. Can you imagine what those conversations look and sound like? Also, especially since there’s a partner swap happening to see if folks are “missing” something. I just think that when people are in their 30s where marriage and family seems more pressing (and/or stress inducing) would illustrate a lot more as a social experiment than this show with youngsters who I REALLY hoped would just all go to a bar and take shots for six straight weeks. With older folks, you’d need therapists, life coaches, anger management specialists, magicians, etc. On The Ultimatum, they just said, go date new people and see what you learn; the stakes were a lot lower. 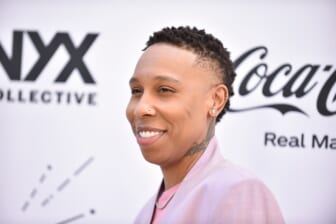 4. I wanted Jake and Rae to work out.

They had a good connection and seemed like they might make a little magic outchea. So I was surprised to find out they basically didn’t even really give it a go, at all. And that Rae— who attended an HBCU but nobody could figure out which one because even she doesn’t say it; my research suggests Huston-Tillotson University in Austin, Tx.—actually more or less went back to Zay. Interestingly, Rae on the show seemed very much like a little reserved but her Instagram page gives me IG model. Rae is a curious one.

That brotha Zay needs to sit down with a therapist for a good long time. He has a lot of issues, and like most folks, they were given to him by his parents and life. At first, he seemed like a good dude who was just trying to get his woman to open up. And I’m not saying he’s a bad dude, but he has some maturing to do and absolutely does not respond well at all to disagreements about his actions. I mean, he walked off stage during the reunion and was caught up in a lie like a mug. And Rae didn’t even say, “you lied to me.” Word to Mark Morrison. That man said he and Shanique just cuddled. Boy, stop!

6. April was both annoying and had some very interesting things to say at the same time.

She’s so pressed for a kid at 23, I hope she chills out. The reunion must have been 6 or 7 months post show and she was already in a serious relationship with a man who wants kids. I don’t see her life playing out how she thinks. I feel the same way (annoying and had interesting things to say) about Shanique. 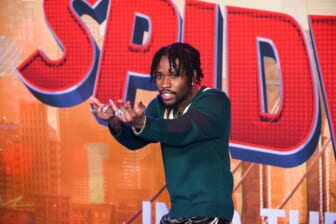 Also Read:
‘Spider-Man: Across the Spider-Verse’ moves to 2023

7. Madlyn surprised me the most.

She seemed sensible literally all the way up until she not only accepted Colby’s proposal, but then actually married him that day. I totally didn’t see that coming and immediately felt betrayed. And then they showed up to the reunion pregnant? Wow, Madlyn. Wow. I kind of wanted her to blink if she was okay on the reunion.

8. Colby seems like the young, white version of Lawrence from Insecure in season 2 to me. Let that marinate.

9. I’m finna sip on some haterade right quick but I absolutely did not and do not want Alexis and Hunter to work out. I don’t wish ill will on them, I just don’t like Alexis in the slightest.

10. I would pay PPV money to watch a version of this that’s a mash-up of Love & Hip Hop and The Ultimatum.

I cannot be unconvinced that a version of this show with Peter Gunz wouldn’t actually break the Internet.