White House Press Secretary Jen Psaki told theGrio that the White House is feeling the “pain” of Americans at the gas pump.

Gasoline prices at local service stations around the nation are rising as the cost of a barrel of oil remains high.

The American Automobile Association (AAA) reports that gas prices at the pump for regular gasoline are at an average of $4.40. Just a week ago, the price was $4.20 a gallon.

As the pocketbook pinch remains a very real reality for Americans, there is a concern that actions taken by the federal government could lead to massive shortages at the pump and long lines outside of gas stations – a flashback to when gas prices skyrocketed in the United States during the 1970s energy crisis.

At the beginning of the year, the White House recognized rising prices and at the pump when the average price of a gallon of gasoline was at $3.20. Four months later there has been more than a dollar increase in gas prices due to the Russian war against Ukraine. 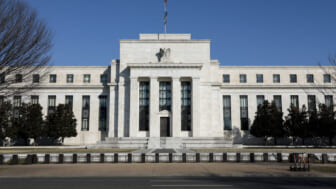 U.S. Rep. Greg Meeks, chair of the House Foreign Affairs Committee, called for some countries like Venezuela and Nigeria to produce more oil to drive down the costs worldwide. Congressman Meeks plans to attend a meeting in Europe with world leaders on various issues including efforts to cut oil prices that are rising globally due to the crisis in Ukraine.

Transportation Secretary Pete Buttigieg recently spoke with theGrio exclusively at Morgan State University during a town hall event where he viewed transportation research projects that were funded by his department. Buttigieg spoke of the administration’s efforts to lower prices at the pump.

The transportation secretary referenced actions like the release of one million barrels a day from the Strategic Petroleum Reserve for the next few months in attempts to lower fuel prices.

During Tuesday’s White House briefing, Press Secretary Jen Psaki was strategic in her response when asked about the Biden administration’s attempt to cut into the rising gas prices. Psaki acknowledged that when there is more oil in the market prices come down.

Buttigieg also acknowledged that the administration has noticed that when oil prices go up, gas prices “immediately” go up as well. “Somehow when the oil prices settle back down, the reverse is not always true,” he said. 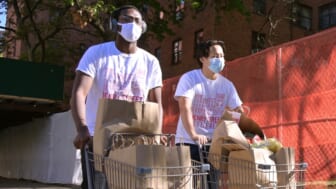 Another option on the table that President Biden is eyeing to lower prices at the pump is a federal gas tax. Psaki, who is set to step down from her post this week, said the gas tax is expected to lower the price of gasoline by “18 cents.” On the other end of Pennsylvania Avenue, Congress is also looking at short and long-term efforts to lower gas prices.

Price gouging by oil companies is also a concern of consumers and the federal government. The Federal Trade Commission is currently looking into the excessive gains from the price hike.

Buttigieg noted that the administration should be looking into why oil companies are sitting on federally leased land, where they are not producing more oil and continuing to make profits. “Nobody’s standing in the way, the president’s not standing in the way. They’re just choosing not to use them,” he said.

Psaki on Tuesday said the White House has “elevated” this issue and wants the American public to know that conglomerates, particularly within the oil and gas industry, are raising prices on consumers and also “making record profits.”

As the nationwide call to ease the short-term oil and gas price hikes gets louder, the Biden administration is taking into account a broader view for long-term solutions to prevent such hikes from happening again in the future.

Psaki acknowledged that the White House is feeling the “pain” of Americans at the gas pump. She said that is why the administration is also trying to “relieve costs” for Americans in “other parts of their budget.”