"Our guests continue to tell us that they love the fact that they can see themselves represented," she told theGrio at Walt Disney World's media event

One of Disney World’s most iconic parks, EPCOT has long been a visionary part of the resort, highlighting various cultures and countries, while also providing a glimpse into the future.

At Walt Disney World’s media event earlier this month, theGrio got a chance to preview some new attractions and chat with the VP of EPCOT, Kartika Rodriguez, who makes history as the first Black female VP of a Walt Disney World theme park. 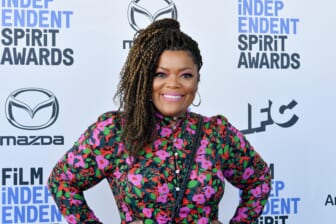 “One thing that Walt talked about with EPCOT in general, is that it is always in a state of becoming,” Rodriguez told theGrio. Prior to the pandemic, EPCOT announced its plans for brand new attractions, redesigns, and more. Despite the life-altering public health crisis, however, Rodriguez revealed to us that those plans are thankfully “still on track.”

EPCOT’s latest attractions include an expansion of the France pavilion, with a 4-D Ratatouille-themed ride, Remy’s Ratatouille Adventure, taking center stage. A Moana-themed attraction entitled Moana’s Journey of Water is also coming to the ‘World Nature” center of the park, which is committed to the preservation of the natural world.

A brand new Guardians of the Galaxy ride (which theGrio previewed ahead of its launch later this month), will bring major thrills to EPCOT visitors with an indoor coaster that is arguably the most intense to ever appear in a Disney park.

“I really feel like our Imagineers have done a great job with encapsulating what the future could be for EPCOT,” Rodriguez continued. “Certain things happened that slowed us down a little bit, but we are back on track with a lot of things that we have done.” 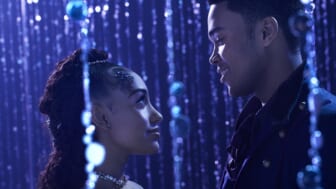 Outside of the pandemic, however, Disney was faced with some uphill battles this year, including the intense backlash to the ‘Don’t Say Gay’ bill and the company’s financial involvement with it. Despite the company’s involvement with the bill, with EPCOT’s expansion, Rodriguez says that the park is still “about the people.”

“I love the fact that our park represents the people,” she explained. “It is about this connectedness, where you bring people together so they can share cultures and tell stories about who they are and what’s important to them.”

And as the first Black VP of EPCOT, she has one word for her experience of being a part of such an inclusive and forward-thinking theme park.

“I’ve got to tell you, it’s rewarding,” she gushed. “Our guests continue to tell us that they love the fact that they can see themselves represented.” She added, “It’s just really nice to be a part of something and know that our guests can connect to it, relate to it, and appreciate it.”