A 10-year-old girl died trying the ‘Blackout Challenge.’ Her mother is suing TikTok

Nylah Anderson died in December during the dare, which gets social media users to try to choke themselves until they pass out.

The mother of a 10-year-old girl who died while trying a viral challenge is suing TikTok and its parent company in federal court.

According to The Miami Herald, Nylah Anderson tried the “Blackout Challenge,” which reportedly dares social media users to try to choke themselves until they pass out. The child died in December as a result of her attempt, and her mother is now seeking to hold the social media giant accountable.

Tawainna Anderson of Chester, Pennsylvania, describes her daughter as an “active, happy, healthy, and incredibly intelligent child” who was even multilingual. In her federal lawsuit, however — filed Thursday in the Eastern District of Pennsylvania — Nylah’s mother alleges that she “fell victim to the TikTok Defendants’ predatory and manipulative app and algorithm.”

Young Nylah tried the “Blackout Challenge” on Dec. 7 and was found by her mother, who attempted to resuscitate her, to no avail. The girl died five days later at a local hospital. Her family is suing for damages of at least $100,000, saying that TikTok and parent company ByteDance “should have known that failing to take immediate and significant action to extinguish the spread of the deadly Blackout Challenge would result in more injuries and deaths.”

“Prompted by the never-ending stream of notifications from the TikTok app that were pushed to the forefront of Nylah’s attention every day, Nylah began attempting to TikTok challenges that were presented to her on her (For You page),” the lawsuit says, according to The Herald. The “app and algorithm pushed exceedingly and unacceptably dangerous challenges and videos to Nylah’s FYP, thus encouraging her to engage and participate in the challenges.” 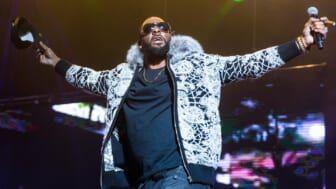 Also Read:
My kids discovered ‘I Believe I Can Fly’ via a random YouTube clip, and they keep singing it

FYP means the site’s ”For You” page, which is curated content based on its user’s previous viewing.

TikTok officials deny that the challenge ever trended on its app. “This disturbing ‘challenge,’ which people seem to learn about from sources other than TikTok, long predates our platform and has never been a TikTok trend,” they relayed in a recent statement. “We remain vigilant in our commitment to user safety and would immediately remove related content if found. Our deepest sympathies go out to the family for their tragic loss.”

In TikTok’s Community Guidelines under “dangerous acts and challenges,” the site notes that it does “not permit users to share content depicting, promoting, normalizing or glorifying dangerous acts that may lead to serious injury or death. We also do not allow content which promotes or endorses collective participation in dangerous or harmful activities that violate any aspect of our Community Guidelines.” 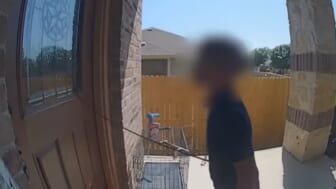 The site adds: “This includes amateur stunts or dangerous challenges.”

However, the Anderson lawsuit alleges that “The TikTok Defendants’ algorithm determined that the deadly Blackout Challenge was well-tailored and likely to be of interest to 10-year-old Nylah Anderson, and she died as a result.”

The suit also claims that four other children died from trying the challenge before it ended Nylah’s life.