An employee who survived a racist mass shooting at a Buffalo supermarket sought a court order Friday to question the 18-year-old gunman’s parents under oath in anticipation of filing a lawsuit against them.

The filings in state Supreme Court ask that Payton Gendron’s parents, Paul and Pamela Gendron of Conklin, provide depositions by July 29 “to preserve their testimony, frame the complaint, and aid in identifying all possible defendants.” The filings also ask for evidence of the crime to be preserved.

Attorney Terrence Connors filed the requests on behalf of Zaire Goodman, one of three people who survived being shot when the gunman opened fire on shoppers and employees at a Tops Friendly Market on May 14. 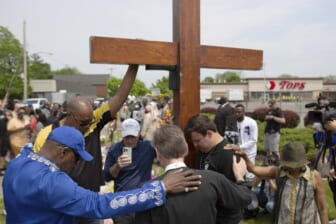 Erie County District Attorney John Flynn said Thursday that only Payton Gendron appeared to be criminally liable for the shooting. Gendron is charged in a 25-count indictment with hate-motivated domestic terrorism, first-degree murder, attempted murder and murder as a hate crime. He has pleaded not guilty.

“No one else is on my radar to be charged,” Flynn said after Gendron was arraigned.

But attorneys for the victims’ families have said they are considering action against social media platforms, the gun maker and anyone else they believe may bear responsibility. 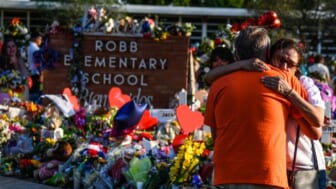 Among the warning signs, it said, was an incident where Gendron was taken to a hospital by police after he said on a high school assignment that his future plans included “Murder-suicide.”

The Gendrons could not be reached by phone Friday and their voice mailbox was full and unable to accept new messages.

In an online diary taken from the chat platform Discord, Patyon Gendron detailed his assault plans, which he carried out using a Bushmaster rifle and wearing body armor he had purchased.

He wrote that neither his parents nor his brothers were aware of his plans, but that he feared they would find out.

Goodman’s court filing seeks preservation of cellphones and computers used by Payton Gendron, his internet browser history, travel and school records, receipts for firearms and ammunition, video game consoles and other items in his parents’ control.