Lawyers for the former worker did not argue whether BLM was political messaging, but said the slogan was part of employees' right to "concerted activity."

National Labor Relations Board Judge Paul Bogas has ruled to dismiss a case filed by a former Home Depot staff member who said the company banned employees from wearing Black Lives Matter emblems on their uniforms.

According to NPR, lawyers for the unidentified former employee argued that he was wearing the slogans as part of the employees’ right to concerted activity.

Concerted activity is defined as an activity that is taken to improve working conditions. However, the judge ruled that the plaintiffs did not sufficiently reason that argument.

“Rather, the record shows that the message was primarily used, and generally understood, to address the unjustified killings of Black individuals by law enforcement and vigilantes,” Bogas wrote. “A message about unjustified killings of Black men, while a matter of profound societal importance, is not directly relevant to the terms, conditions, or lot of Home Depot’s employees as employees.”

The judge noted that messages the employee sent to other team members about allegations of racism made against a co-worker did fall under protected activity. 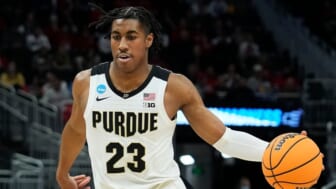 The store in question is located in New Brighton, Minnesota, which is only 12 miles from Minneapolis, where George Floyd was murdered by now-former police officer Derek Chauvin in May 2020. The employee worked at the store from August 2020 to February 2021, and he wore the Black Lives Matter slogan on the company apron throughout his time there.

“It’s a symbol of alliance,” the employee testified. “I have never seen it as something political myself. It’s something that I put on so that people know to approach me. I am a person of color myself, so it’s a form of solidarity. It’s a way … for people to feel safe around me.”

Home Depot argued that Black Lives Matter was political messaging, which is prohibited from the clothing of employees. However, Judge Bogas noted that the company policy of BLM messaging not being allowed on uniforms was not communicated to the Minnesota store’s management. 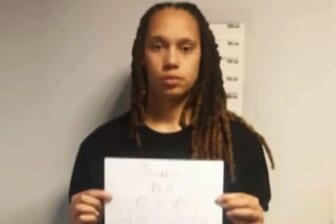 According to the employee, he was informed that if he was allowed to retain his BLM messaging, his colleagues, to be fair, could be permitted to wear a swastika. An area manager reportedly gave him alternative phrasing to display on his apron, words like “diversity,” “equality” and “inclusion.”

A pair of other store workers asked to take BLM messaging off and another asked to remove “Thin Blue Line” wording reportedly did so.

As previously reported, Home Depot released a statement via email to The New York Times saying that the facts in the case were misrepresented by the labor board.

Sara Gorman, a spokeswoman for the company, said, “The Home Depot does not tolerate workplace harassment of any kind and takes all reports of discrimination or harassment seriously, as we did in this case.”