Anti-Trump conservatives are not your friends

OPINION: Anti-Trump conservatives can’t agree with Trump on everything but the deadly insurrection all while still supporting policies that harm Black and brown people and believe their hands are clean. 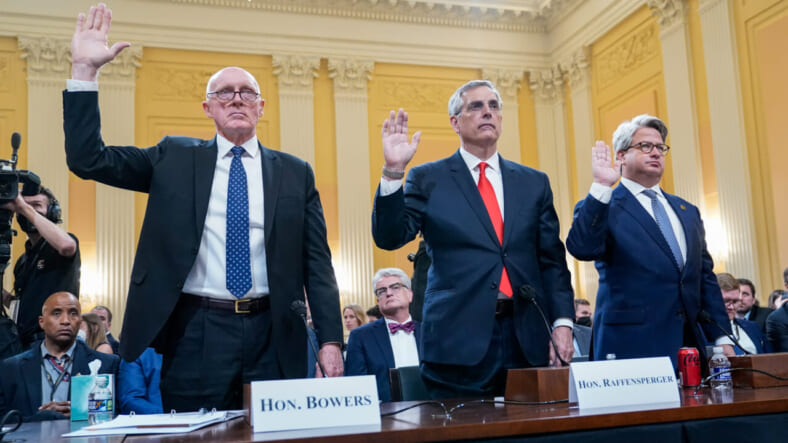 Some Republicans do not support Trump. Some have even spoken out against him and ignored his calls to overthrow the government and establish a Trumpocratic MAGA dictatorship. But if they are on board with the other 99 percent of the GOP agenda—policies that strip Black people of their rights and dignity—they most certainly are not our friend.

The Jan. 6 hearings have introduced the public to profiles in courage—if by courage we mean Republican officials who did the bare minimum in fulfilling their duties and refusing to participate in a neo-confederate takeover of what someday could become a real multiracial democracy. The bar is set very low these days. 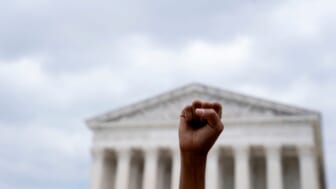 Also Read:
It’s time to tear down the Supreme Court because it is a threat to Black life

During the hearings, we have heard from Republicans such as Arizona House Speaker Rusty Bowers, Georgia Secretary of State Brad Raffensperger, and Reps. Liz Cheney and Adam Kinzinger, those who are very conservative Republicans and have opposed Trump and worked against his attempts to steal the government. While their actions are laudable, Bowers—who gave emotional testimony about the threats he received at his home for refusing to appoint fake electors in the 2020 election at Trump’s request—would vote for Trump again. “If he is the nominee, if he was up against Biden, I’d vote for him again,” Bowers said. “Simply because what he did the first time, before COVID, was so good for the country. In my view it was great.”

Raffensperger, who was heard in a phone recording “standing up” to Trump by refusing to find an extra 11,000 votes to reverse Biden’s 2020 win in Georgia, helped preserve the democratic process that day and did his job. Yet, the state elections official has a history of standing against democracy, promoting racist voter suppression efforts and voter purges, and on one occasion, he purged close to 118,000 voters from the rolls. Raffensperger, who won his primary for re-election as Georgia secretary of state, faces Democrat State Rep. Bee Nguyen in the November general election.

Members of the Jan. 6 committee, Republican Reps. Cheney and Kinzinger were ostracized by the GOP caucus for voting to impeach Trump and joining the committee investigating the former president’s treasonous and treacherous crimes. However, the two have been reliable conservative foot soldiers for the Trump Republican Party. Both lawmakers voted against the John Lewis Voting Rights Advancement Act, the George Floyd Justice in Policing Act and other measures to bring justice to America. And Cheney calls herself “pro-life” and applauded the Supreme Court decision overturning Roe v. Wade and allowing states to ban abortion. How can you claim to support democracy against the violent overthrow of a government, yet oppose the structural changes that will bring us democracy?

Even Vice President Mike Pence—who clearly had seen enough gangster movies to know not to get in that Secret Service car during the Capitol riot—did the bare minimum in not calling the election for Trump when Congress convened to certify the election for Biden. Proud Boys had built a whole actual noose and gallows set outside the Capitol to lynch Pence (and other lawmakers) to turn him into a white version of strange fruit. Yet, for all his years of spineless and thankless devotion to his orange mob boss and after dodging an apparent assassination attempt from his boss, Pence thinks he will run for president as a Republican. And he even appeared on Fox Business to say that no president in his lifetime has lied as much as Biden.

So, what is going on here? Well, none of this behavior is surprising in the least. If some Republicans want to preserve “democracy” and the rule of law, that’s fine, but they need to do some introspection and consider that their conservative movement is built on white supremacy. That’s why they are not our friends.

People can pretend the world woke up one day and suddenly Trump was president, and the GOP transformed into a party of racism and white supremacy. And they would be fooling themselves. The fact remains the Republican Party has been garbage for quite some time, and evil as Trump may be, it is unfair to place all the blame on him for a process that was 50 years in the making.

The modern conservative movement came into a being through opposition to civil rights. The GOP Southern strategy beginning in the 1960s capitalized on the resentment of white Southern Democratic segregationists to Black progress, Black power and the gains of the civil rights movement. Republicans made government the problem because the government was helping Black people. The GOP used a racial code language that replaced the n-word with abstract terms like states’ rights and tax cuts, with the idea that cuts will hurt Black people more than whites. And once fighting for segregation was a lost cause, the Religious Right turned to abortion after the 1973 Roe v. Wade decision to galvanize their extremist coalition.

However, under the era of Trump, the niceties of old-school race card politics, veiled and subtle white resentment politics and quaint code language were replaced with full-fledged fascism. Homegrown American neo-Nazis are the mainstream of the Republican Party, and as we learned, they are allied with domestic terrorist street gangs, gun nuts, white Christian nationalists, unhinged conspiracy theorists and grifters—with support from Aryan strongmen such as Russian President Vladimir Putin and Viktor Orbán of Hungary. White replacement theory—the idea that white people are an endangered species and that Democrats, liberals and Jews are replacing white people with people of color and immigrants—is mainstream thought in the 21 century GOP. 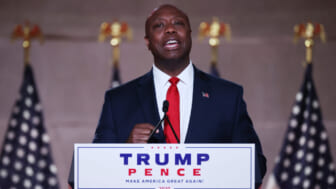 And what passes for Republican policy—such as abortion bans, homophobia, transphobia, promotion of gun violence and voter suppression—are nothing other than human rights violations in the name of upholding white supremacy.

Rep. Cheney was correct to condemn the Republican leadership for enabling white supremacy, white nationalism and antisemitism. But Cheney and other anti-Trump Republicans must look in the mirror and ask themselves what their conservative movement amounts to other than a giant heap of toxic waste. You can’t agree with Trump on everything but the deadly insurrection, and support violent policies such as the Muslim ban, wealth redistribution to the rich, voter disenfranchisement, forced births, kidnapping migrant babies and a Jim Crow court takeover and believe your hands are clean.