This is not how a president should act

OPINION: The testimony from a White House aide reveals just how unhinged Donald Trump was during the Jan. 6 Capitol insurrection. 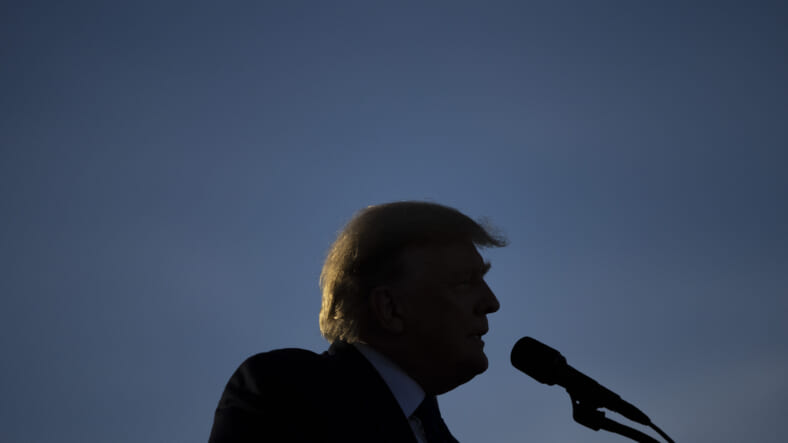 Former U.S. President Donald Trump speaks during a rally hosted by the former president at the Delaware County Fairgrounds on April 23, 2022 in Delaware, Ohio. (Photo by Drew Angerer/Getty Images)

The testimony from the special emergency session of the House Jan. 6 committee confirms what many should have known and definitely should know now: Trump was an unhinged president who had no business being anywhere near 1600 Pennsylvania Avenue. Trump was all about the Capitol riot, and now is the time to lock him up.

Most of the Tuesday afternoon hearing focused on live and recorded testimony of Cassidy Hutchinson, an aide to Trump Chief of Staff Mark Meadows. Hutchinson was in the room to view firsthand how Trump and White House officials reacted when the Jan. 6 Capitol riot unfolded. This was all about Trump enabling and inciting mob violence and letting the MAGA fire burn. This is the man who held the most important office in America, if not the world. And we knew this.

Hutchinson’s testimony helped us understand how unhinged Trump was on the day of the insurrection. 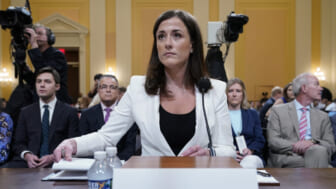 First, Trump knew the violence was coming and wanted that violence to reign. The commander in chief and his staff were warned about the violence that day and knew his supporters were armed before he addressed the crowd at his rally at the Ellipse on the White House lawn. Trump ordered staffers to remove the metal detectors or magnetometers—allowing participants with weapons to blend in and march to the Capitol attack—yelling “take the mags away” because “they’re not here to hurt me,” referring to the crowd. “I don’t f**king care that they have weapons,” he added.

Hutchinson also testified that according to White House Deputy Chief of Staff Anthony Ornato, the MAGA faithful were armed with “knives, guns in the form of pistols and rifles, bear spray, body armor, spears and flagpoles” on the morning of Jan. 6.

A real bombshell was that Trump allegedly attacked an agent. After Trump told the crowd of supporters to march to the Capitol and said he would join them, according to Hutchinson, Trump lunged at the neck of a Secret Service agent and tried to take control of the presidential limo when the agent denied his request to go to the Capitol for security reasons.  “I’m the ‘effing’ president, take me up to the Capitol now!” Trump said, Hutchinson testified.

And Trump apparently wanted his vice president hanged. Back at the West Wing, Trump reportedly agreed with the Capitol rioters’ chants to “hang Mike Pence.” The lynch mob had even constructed a gallows in front of the Capitol. Cassidy Hutchinson overheard a conversation Trump had with Mark Meadows and former White House counsel Pat Cipollone about the crowd’s call to hang Pence.

According to Hutchinson, Cipollone also said, “Something needs to be done, or somebody is going to die and this is going to be on your effing hands.”

Staff pleaded with the president to call off the Capitol mob. Trump was so deranged that even Donald Trump Jr. and Fox News mouthpieces Laura Ingraham and Sean Hannity urged Trump to tell the insurrectionists to go home.

The hearing was loaded with other gems, including the revelation that Trump threw food at the wall of the presidential dining room after learning former Attorney General Bill Barr said there was no election fraud. Trump was warned his cabinet was considered invoking the 25th Amendment to remove him from office, and according to Rep. Liz Cheney, Trump’s people are intimidating witnesses testifying before the committee.

“As a staffer that works to always represent the administration to the best of my ability and to showcase the good things he had done for the country, I remember feeling frustrated, disappointed, and really it felt personal. I was really sad,” Hutchinson said under oath. “As an American, I was disgusted. It was unpatriotic. It was un-American. We were watching the Capitol building get defaced over a lie.” 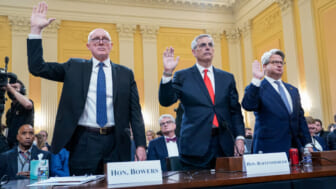 Also Read:
Anti-Trump conservatives are not your friends

Nevertheless, Trump’s behavior on Jan. 6—when he was living his best life and leading an armed coup—was on-brand. Those who observed Trump over the years knew what he could do and warned the public. In 2016, the man even boasted on the campaign trail, “I could stand in the middle of Fifth Avenue and shoot somebody, and I wouldn’t lose any voters, OK?” And don’t forget he encouraged supporters at his rallies to beat up Black and Latinx protesters and offered to pay their legal fees.

Certainly, Black people sounded the alarm since day one and were ignored, and Trump won in spite of—or because of—the imminent danger he posed to Black and brown communities. Plus, he had high entertainment value and was good for network ratings. But this is why the MAGA cult voted for Trump in the first place. He fulfilled their wildest dreams—a Supreme Court from the 19th century, stripping the rights of marginalized groups, and creating a white, Christian ethno-state. Most of all, Trump gave white people permission to wage violence and be as racist and hateful as they pleased, and the rest you already know.