A white Kentucky man who infiltrated a majority-Black online Zoom class of fifth-graders and hurled racist threats at the young children in fall 2020 has been federally charged.

Brian Adams, 22, faces a five-year maximum prison sentence and fines of up to $250,000. He was charged with communicating interstate threats to injure or kidnap the children and staffers of the Harvey, Louisiana-based charter school Laureate Academy, Nola.com reported.

The indictment, filed June 30, comes after a two-year investigation into the Oct. 14, 2020 incident, which allegedly involved Adams using the N-word and telling the minors: “I am gonna hang you by the tree,” as they shielded their eyes and began crying. He later posted a recording of the “Zoombombing” online, according to the outlet.

According to Nola.com, federal agents tracked Adams down using information from a Google email address associated with his Zoom account. The account was allegedly listed under the name “alex jones,” reportedly in reference to the namesake alt-right conspiracy theorist and radio host.

Federal agents in early November raided the Paintsville, Kentucky residence where Adams reportedly lived with his father. He allegedly confessed to the racist Zoombombing during questioning and admitting to stealing computer equipment to the tune of over $1,000 from Best Buy, per the outlet. 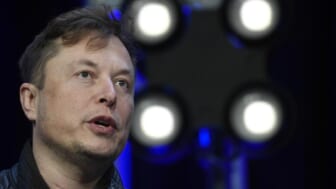 Adams was not immediately charged, according to court records reviewed by the outlet. He was also suspected of wire fraud and interfering with federally protected activities, but was only indicted for the interstate threats following the investigation.

According to Nola.com, Laureate Academy, which cancelled courses for two days following the targeted attack, had an enrollment of 67% African-American students during the 2020-21 school year, per the National Center for Education Statistics. A grand jury cited the school’s majority-Black enrollment as Adams’ motivation for the attack.

A YouTube video of the attack which surfaced the following day allegedly included evidence that Adams had searched for pictures of swastikas using Google.

Prosecutors say that despite the maximum five-year prison sentence Adams faces, federal courts are not likely to give maximum sentences to first-time offenders, according to Nola.com.

The racist Zoombombing from Adams was not the only such threat groups meeting online faced during the COVID-19 pandemic.

Multiple other indicents of racist online hijackings occurred from 2020 and on as virtual meetings increased in use, including during a University of South Carolina online session in April 2020.

In Feb. 2022, during a meeting of elderly residents in North Carolina, a man reportedly exposed himself, repeated the N-word and committed a lewd act, as previously reported by theGrio.