An agent is helping level the playing field for doctors

Much like a sports agent, Ethan Nkana represents doctors who are making career moves.

Ethan Nkana is a lawyer who has taken the sports-agent philosophy into the medical field in order to help establish pay equity for healthcare professionals.

Nkana represents doctors, much like a sports agent would represent an athlete, and shops around for the best financial deals for his clients.

“Just like LeBron James and all of those professional athletes, they have an agent who negotiates their deal,” Nkana said. “They’re not trained to do that. I do the same thing for doctors.”

The strategy seems to work. In one case, Nkana said he successfully negotiated $1.1 million in additional compensation for a practice group – an average of $183,000 for each of the six physicians in the group.

“I’ve been fortunate to learn how doctors make money and also how hospitals view doctors…as a line item. And so now what I can do is help use doctors’ value to get what they deserve in their contracts,” he said, adding that his knowledge of hospital revenue helps him in this process.

Nkana, who received his law degree from the University of Dayton, said he went into the legal field for an untraditional reason – he wanted to become a hospital CEO. He took classes like hospital law and employment law in order to prepare himself for that career.

After law school, he moved to Denver where he began his healthcare career working for a major hospital system. But in Aug. 2019, the hospital closed his department and Nkana was out of a job. He said that because playing it safe by working for a corporation didn’t work out, he’d take a chance on himself.

He soon began building the business plan for the Rocky Mountain Physicians Agency. 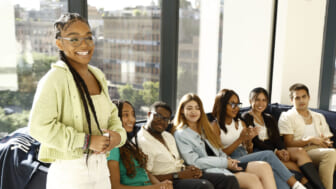 In the U.S., physicians work, on average, more than 51 hours a week in addition to whatever medical emergencies they have to attend to. That leaves healthcare providers with little time to pay attention to the details of contract negotiation.

“Undergoing a contract negotiation is a big deal and he was able to help,” Dr. Suzie Strubel-Lagan, who works with an OBGYN practice in Denver that Nkana represented, told theGrio. “He took a lot of the legwork (from) us. He went to all the hospital groups and presented us and helped negotiate the contract with each of the different hospitals. At the end of the process, we had different offers in hand we could evaluate.”

Nkana doesn’t go directly to doctors, but has a network of people, like financial advisors, who refer clients to him. He receives a one-time percentage of the contracts he negotiates.

“My mom (an anesthesiologist) told me when I first started the business, ‘Pay special attention to women physicians because we don’t have representation in the rooms and spaces that we need.’ I don’t know that I bought it at the moment. I kind of thought, you’re a doctor, you walk on water, you’re the smartest person in every room. But the reality just sickens me,” he said.

“Women physicians can make 25 to 30% less than their male counterparts regardless of specialty. And when you work up the numbers, that can be as much as $100,000,” Nkana said. He also said Black physicians make about 8% less across all specialties when compared to white doctors. 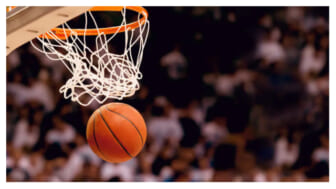 Also Read:
Ex-pro basketball player turns his broken hip tragedy into program that preps kids for life beyond the game

Nkana uses his skills to help close those gaps. He said most hospitals look at doctors as a “cost center,” but they’re really a “revenue-generating machine.”

Nkana said that after he works with doctors, he hears a variation of the same question: “Where have you been all my life?”