Black man, now 25, detained on a warrant for a white man twice his age, gets $90K settlement

In January 2020, Shane Lee Brown, 23, driving without headlights in Nevada, was misidentified as a 49-year-old white man wanted for a felony.

What’s in a name? In Shane Lee Brown’s case, it was the beginning of an odyssey that ultimately led him to be misidentified as a convicted felon, despite major differences in the age, race and criminal record of a man whose name is similar to his.

In January 2020, Brown, then 23, was stopped by police in Henderson, Nevada, for driving without his headlights on. He didn’t have his driver’s license but provided police with his name, Social Security number and Social Security card. Unbeknownst to him, a 49-year-old white man named Shane Neal Brown was wanted on an outstanding bench warrant for ownership or possession of a firearm by a prohibited person.

Though their middle names, races, age, and even their heights were not the same, the younger Brown was arrested and detained — first at Henderson Detention Center, then at Clark County Detention Center — for six days, pleading to authorities to double-check the mix-up, until the mistake was realized. Now, he will be paid $90,000 after filing a federal lawsuit in January for $500,000 in damages. 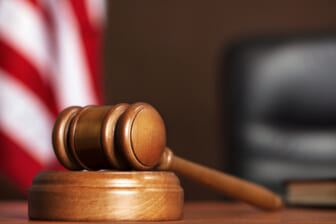 Though the settlement is far less than what he was seeking, Bryson explained that it’s near the top of awards that can be paid in these cases in Nevada. Las Vegas Metropolitan police will pay Brown $65,000, and Henderson County will pay $25,000.

“Each of those entities stepped up and acknowledged that they had made a mistake,” Bryson said. “In Nevada, for negligence, when you sue a governmental entity, there is a statutory cap of $100,000.” 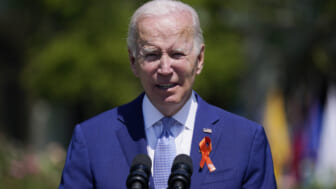 Even Henderson Police were unsure the night of the arrest whether or not Shane Lee Brown should’ve been detained. He told police he’d lost his wallet and had some outstanding traffic tickets but had a court date the next day. But when police gathered his information, they mistakenly pulled up the other man wanted on the gun charge.

“I’m not a felon, I didn’t commit a felony … I was trying to plead to anyone that would listen, to let everyone know, like ‘Hey can you double-check,’” Brown told KVVU.

When one officer asked what they should tell the jail, the other said, “He has a weapons charge.” 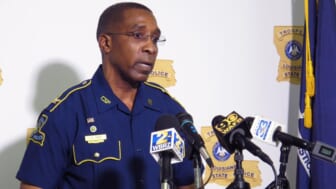 Brown, a father of two, said the traumatizing impact of that night has lingered. “I almost never drive anymore,” he said, “unless it’s absolutely necessary,”

In a statement to CNN, Henderson police said they’ve taken steps to avoid future mistakes of that kind.

“Shane Brown was driving an unregistered vehicle with a suspended driver license and had a warrant for contempt of court, failure to pay,” it read. “While his arrest for these charges was lawful, we regret that he was misidentified on other charges in our system and have put measures in place and improved training procedures to prevent this from happening in the future.”