American Black Film Festival continues to grow. The esteemed film festival is set to return to the U.K. this year with its global screening series during the 5th annual S.O.U.L. Fest.

As theGrio previously reported, ABFF has had quite the year. The festival returned to in-person events this June in Miami, featuring premieres of major projects like Issa Rae’s “Rap Sh!t” and Netflix’s Ben Crump documentary “Civil.” But the festival’s ventures expand far beyond just its annual events in Miami. 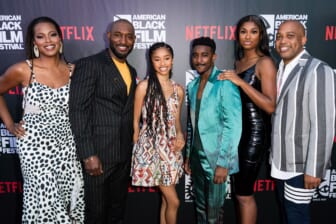 For a second time the ABFF Global series will take place and is scheduled for Sept, 16-18, according to The Hollywood Reporter. Presented by ABFF Ventures and Sony Pictures Entertainment in association with S.O.U.L. Fest (which is based in the U.K.) , it will be held at the British Film Institute as well as other venues in London.

The founder of ABFF and CEO of ABFF Ventures said in a statement obtained by The Reporter, “ABFF is rooted in building bridges and fostering alliances between Black content creators around the world. SPE’s support of ABFF Global has allowed us to further this mission. We have a deep respect for the S.O.U.L. organization and appreciate them welcoming us to be a part of their annual event.”

Iyare Igiehon, the director of S.O.U.L. Fest, also made remarks in the statement. “We are delighted to partner with the ABFF, an organisation we have long admired and been inspired by. We established S.O.U.L. Fest with an ethos of community and have found Jeff Friday and the ABFF team share our values and our desire to forge links across the African diaspora. This collaboration will bring about greater experiences for audiences, open up opportunities for the talent and support and further strengthen the UK as a node on the global Black cinematic network.”

The ABFF Global series launched in 2019 in partnership with Sony Pictures Entertainment. An extension of ABFF, its mission is to foster collaboration among Black creatives throughout the African Diaspora and to promote the content of these creatives on a global scale through various means, including distribution.

As theGrio previously reported, ABFF works to celebrate, “emerging artists and content made by and about people of African descent,” each year. Earlier this year, Jeff and Nicole Friday were guests on the Acting Up podcast with theGrio’s Cortney Wills and discussed how ABFF has grown over the years. 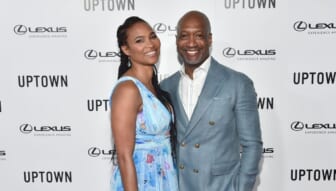 “We are a community festival,” Nicole Friday said. “We are a people festival. There’s a number of people that have come through the festival that are some of today’s hottest artists and most successful creators. And so I’d say that is probably something that makes me most proud.”