The second-born daughter of Kimora Lee Simmons and Russell Simmons was accepted to Harvard University at 16 years old while also pursuing a modeling career.

Aoki Lee Simmons has responded to criticism about her modeling career.

The 19-year-old Harvard student is the daughter of Kimora Lee Simmons and Russell Simmons. As reported by People magazine, Aoki took to TikTok this week to respond to a user who asked why she chose to be a model when she is “articulate and obviously educated.”

“Why am I going into a field that doesn’t necessarily require a degree, or require a whole lot of book smarts, when I have a lot of education?” Aoki asked in the video. “Well, one, because I love it, and I think we should normalize liking something,” she continued. “You don’t have to do what you’re immediately good at.”

Aoki further shared with viewers that she hopes to “move towards a future where young women aren’t being asked this question. Like, not being asked, ‘Why did you follow your more creative passion even though you’re smart?'” 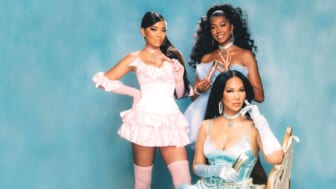 She also reminded viewers, “You can be two kinds of people in one person.” As theGrio previously reported, Aoki was accepted to Harvard University at 16 years old.

Kimora announced the exciting news about her then-college-bound daughter on her Instagram in 2019, noting that Aoki was also accepted at Dartmouth, Vassar, Barnard, and others.

“So blessed @aokileesimmons made it into HARVARD and Kimora, Myself or Tim didn’t have to pull any strings or pay anyone to get her in? she made it on her own academic merit,” Russell wrote on Instagram at the time.