What we did on our summer vacations: Dip into the Black surfer legacy of ‘The Ink Well’

As we reach the peak of the summer heat, theGrio celebrates the legacy of Black summer retreats, including the Santa Monica beach known as 'The Ink Well.'

If you’re an East Coaster (or a Black movie buff), you may associate “The Inkwell” with the famed beach on Martha’s Vineyard or the film of the same name. But on the Left Coast, the phrase “The Ink Well” speaks to a different legacy; one that is equally groundbreaking and relevant in Black history and culture. 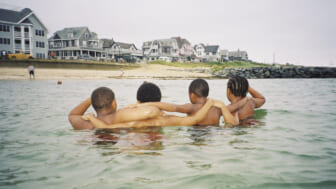 Also Read:
What we did on our summer vacations: The legend of Oak Bluffs

The once-segregated beach between Bay and Bicknell Streets in Santa Monica, Calif. was a draw for Black beachgoers in the early to mid-20th century, largely due to a nearby Black settlement. Accordingly, the stretch of beach initially became attractive for both its population and lower rate of harassment compared to other area beaches of the era, despite racial restrictions on beaches being outlawed in 1927, as revisited by Black Past.

Black beachgoers suffered personal assaults at public beaches north and south of Santa Monica’s borders.  In 1927, legal challenges by the Los Angeles branch of the National Association for the Advancement of Colored People (NAACP) were made when subterfuge measures of racial restrictions were attempted at Manhattan Beach, a few miles south of Santa Monica. As a result of the NAACP’s actions the California Courts upheld the laws put in place from 1893 to 1923 that provided blacks the rights to use any beach in the state. 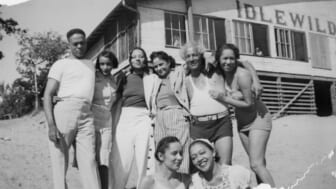 Also Read:
What we did on our summer vacations: Revisiting Idlewild

Like its East Coast cousin, the beach became known as The Ink Well as a result of racism, as neighboring residents put their own nickname on the Black-friendly beach where Afro-Mexican high schooler Nick Gabaldon, widely known as the first Black surfer famously taught himself to surf during the 1940s. Eventually, Black ingenuity won out, reclaiming both the name and identity of the beach as a safe Black space as Gabaldon’s accomplishment and chosen pastime inspired others to follow suit.

However, the area’s legacy wouldn’t formally be recognized until 2008, when the City of Santa Monica commemorated both Gabaldon and The Ink Well’s groundbreaking impact as the 200 square feet of beach became registered as a historic site, complete with its own marker at Bay Street and Oceanfront Walk. Today, that legacy continues; during the racial unrest of 2020, the beach was the site of a “paddle out” in honor of George Floyd, where an interracial crowd gathered in support of racial justice.

At The Ink Well, Black lives have long mattered—and Black surf culture does, too. For more insights into the area and the long legacy of Black surfers, check out the following resources.