A pregnant Louisiana woman who was denied an abortion — even though her fetus has a rare and fatal condition — demanded on Friday that Gov. John Bel Edwards and the legislature call a special session to clarify the state’s restrictions on the procedure.

Nancy Davis, who is 15 weeks pregnant, said she will travel out of state next week for a “medically necessary” abortion. A state law currently in effect bans all abortions except if there is substantial risk of death or impairment to the woman if she continues her pregnancy and in the case of “medically futile” pregnancies.

Davis, 36, and abortion-rights advocates for months have criticized the legislation as vague and confusing.

Their concerns are being echoed in numerous other states that, like Louisiana, passed so-called trigger laws when the U.S. Supreme Court overturned Roe v. Wade, the landmark 1973 decision guaranteeing a constitutional right to abortion. 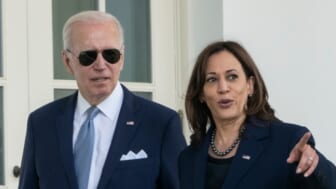 Also Read:
Poll finds that most Americans believe the country is headed in the wrong direction

Roughly a dozen states currently ban abortions at all stages of pregnancy, with some allowing for narrow exceptions such as in cases of rape, incest or when the pregnant woman’s life is in danger.

“Ms. Davis was among the first women to be caught in the crosshairs of confusion due to Louisiana’s rush to restrict abortion, but she will hardly be the last,” Ben Crump, an attorney for Davis, said during a news conference held on the state’s Capitol steps Friday.

Ten weeks into Davis’ pregnancy, doctors at Woman’s Hospital in Baton Rouge diagnosed the fetus she is carrying with acrania, a rare and fatal condition in which the baby’s skull fails to form in the womb. Davis was told that if she brought the pregnancy to full term and gave birth, the baby would likely survive for a very short amount of time — anywhere from several minutes to a week.

The physicians advised Davis to get an abortion, but said they could not perform the procedure.

“Basically, they said I had to carry my baby to bury my baby,” Davis said. “They seemed confused about the law and afraid of what would happen to them.”

If a doctor performs an illegal abortion in Louisiana, they could face up to 15 years in prison.

In a statement last week to news outlets, spokesperson Caroline Isemann said Woman’s Hospital was not able to comment on a specific patient, but reiterated that it is the hospital’s mission to provide the “best possible care for women” while complying with state laws and policies.

Since then, the law’s author, Sen. Katrina Jackson, and other legislators have said that Davis qualifies for an abortion and that the hospital “grossly misinterpreted” the statute. Yet in a written statement Tuesday signed by Jackson and 35 others, including nine other women, they indicated that many of them share a religious faith that would “compel us to carry this child to term.”

Davis and her attorneys said they don’t blame the doctors, but the vagueness of the law. 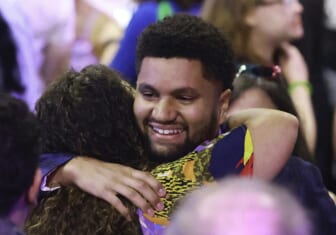 “The law is clear as mud,” Crump said. “Every women’s situation is different and subject to interpretation, so of course medical professionals don’t want to risk prison or to have to pay hundreds of thousands of dollars of fines for making the wrong call. Who would just take somebody’s word for it when their liberty is in jeopardy?”

A lawsuit filed by an abortion clinic in Shreveport and others has been in process since the new law took effect. The legislation has by turns been blocked and then enforced as the suit makes its way through the courts.

The most recent ruling allowed enforcement of the law. Plaintiffs challenging the ban don’t deny the state can now prohibit abortions; they argue that the law’s provisions are contradictory and unconstitutionally vague.

While Davis has not filed a complaint or lawsuit, she wants Louisiana legislators to hold a special session to clarify the law. Their next regular session is scheduled for April 2023.

“Imagine how many women may be affected before (lawmakers) come back into session,” Crump said. “How many more Nancy Davises will have to endure the mental anguish and mental cruelty before the legislators clear up these vague and ambiguous laws.”