Founded in faith: How this entrepreneur made mentoring her calling

After a major financial setback, Lola Tomorrow, a former aide to Michelle Obama, reset her career—with her faith as her guide.

Whether we were ready or not, the start of the pandemic shifted plans and forced change upon us, possibly more than any other event in our lifetime. Now, more than two years later, we’re starting to hear about people’s bounceback; how they turned lemons into lemonade, and have the scars to prove it. But former aide to first lady Michelle Obama and founder of Faith Figures Lola Tomorrow’s story stopped me in my tracks—because as she says, there’s nothing like resetting because you’re losing money.

After Tomorrow finished her time event planning and traveling the world on the first lady’s team, she started a new chapter as a successful corporate event planner. Then, the pandemic hit and Tomorrow says every contract she had on the calendar was canceled, causing her to lose over $300,000 in the first month.

“There’s nothing like being afraid to be homeless or being afraid of not having your basic necessities that bursts levels of innovation. And that’s how my journey started,” said Tomorrow. 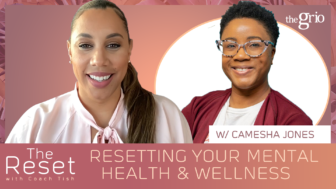 That journey brought her to a new successful chapter that includes mentoring hundreds of women into millionaire status through her faith-driven program Faith Figures, and she says she’s since generated over $10 million in revenue with companies across seven different industries. Tomorrow says the pandemic activated a vision that was laying dormant for years.

“It’s always been there. It always woke me up at night. It’s always made me a little restless because I knew I was supposed to be working with women. I was supposed to be helping them,” said Tomorrow. “I would meet people and they would tell me their problems or their issues and I would have the solution. It would be divine. I never could have gotten here if that was not activated in me, but God knows us. So it took some extreme circumstances for it to be activated. And here we are,” she added.

Tomorrow is quick to reference her faith as she talks about her journey from corporate event planning to entrepreneurship, but not in a way you’d expect. She’s honest about it all; both the days God worked miracles and the days she felt forgotten. 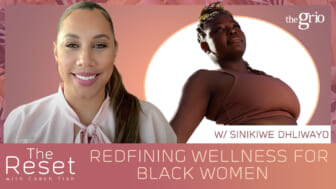 Also Read:
This is what it looks like to redefine wellness for Black women

“The reality is, there are some days where my faith wasn’t high. There are some days where I actually felt that I’d been forgotten. Like, this is like the end of the world, the end of life for me. But the reason that I felt like I was able to keep bouncing back and stay strong in my faith was because of my environment, my community; those people around me that hold me accountable,” said Tomorrow.

Now, Tomorrow looks at her big losses in 2020 as lessons she needed to learn how to steward the big checks she’s earning today. All of it, the ups and downs of her corporate success paved the way to what feels like a higher calling and a bigger purpose.

“On the other side of me being afraid of my success was actually me resting in my success. And it’s just been a pretty dynamic journey. Just the power of a yes,” she said.

Tomorrow spent seven years working for the Obamas before her work in corporate event planning and founding Faith Figures. Hear the number one lesson she learned from Michelle Obama on this week’s episode “The Reset” with Coach Tish.