Jackson Mayor on water crisis in Mississippi: ‘It’s humiliating to our residents’

“It’s humiliating to our residents. They’re frustrated,” Mayor Chokwe Antar Lumumba said of residents in Jackson, Mississippi amid its ongoing water crisis. The mayor briefly spoke to theGrio by phone in an off-the-cuff interview Thursday afternoon.

For years, the city of Jackson has dealt with water issues from a deteriorating water system in the state capitol. Now, 150,000 people are without clean and safe drinking water after historic rainfall storms cut off access last week.

In response to the crisis in Jackson, President Joe Biden declared a federal emergency and authorized the Federal Emergency Management Agency (FEMA) to coordinate disaster relief. 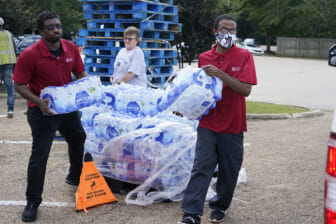 White House press secretary Karine Jean-Pierre noted that Jackson had received $20 million in funding from the administration’s American Rescue Plan (ARP) to upgrade the city’s water and sewer infrastructure. The presidential spokesperson also said that across the state of Mississippi, $450 million was provided through the COVID-19 economic recovery legislation.

“The state also has about $75 million in Bipartisan Infrastructure Law funding available to provide clean and safe water. And so we’ll continue to partner closely. We’re going to look at all options,” said Jean-Pierre.

This crisis has pulled a large scope of government agencies together to work to change the dynamic that has Jackson residents using bottled water for their daily routines. Residents are also being told that if they bathe or shower in the water to keep their mouths closed.

Environmental Protection Agency (EPA) Administrator Michael Regan, who is currently out of the country, said in a statement to theGrio: “The people of Jackson – like all communities across the country – deserve access to clean, safe, and reliable water. EPA is working closely with our FEMA partners and continuing to communicate with state and local officials on the ground in Mississippi to address the water crisis”

On Friday, FEMA Administrator Deanne Criswell headed to Jackson, Mississippi for a visit to identify solutions after residents have gone through a week of unclean and unsanitary water.

Regan acknowledged that the EPA is also deploying a subject-matter expert to support the emergency assessment of Jackson’s water treatment plants and has helped expedite the delivery of critical equipment to the O.B. Curtis Water Treatment Plant.

“We will continue to coordinate closely with all partners as we assess additional steps to support the people of Jackson,” he said.

Before this water crisis, there were already prior water crisis issues in Jackson that created more of a compounded problem.

In an interview with theGrio, U.S. Department of Labor Secretary Marty Walsh reminds Mississippi is one of the poorest southern states in the nation. The water crisis has only added more damage to what was an already weakened system.

The water contamination has left Jackson residents desperate for water, and it has hit its economy as people are not working. The water crisis, which has created unsanitary conditions, has impacted farms and brick-and-mortar businesses. 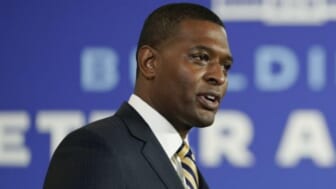 “The workers down there are underrepresented in a lot of ways and underemployed. They don’t have good, strong jobs,” Walsh explained.

The White House is working with federal emergency agencies to meet the immediate need. However, officials say they plan to continue to assess additional needs while visiting on the ground.

When it comes to stabilizing jobs after this crisis, Walsh said the administration has “a long-term strategy to strengthen the workforce” in Mississippi, and other states across the country, particularly in the South.