Marc Swanson reportedly said he was "willing to fly anywhere to meet with the Brown family," but didn't show up last month to do so. 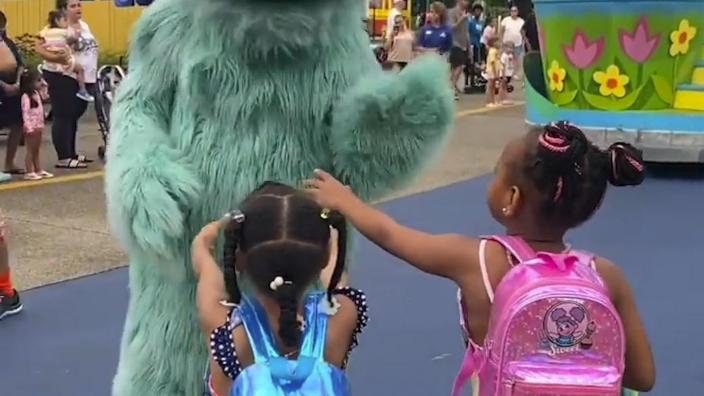 In this image from video provided by Jodi Brown, posted to Instagram on July 16, a performer dressed as the character Rosita waves off Brown's daughter and niece at the Sesame Place amusement park. (Photo: Jodi Brown via AP)
Loading the player...

The mother of a young Black girl who was allegedly ignored by a mascot at Sesame Place in July is “tired of talking,” her attorney says, and is now considering legal options after the head of the park’s parent company broke his commitment to hear them out.

According to the Orlando Sentinel, the Brown family — Jodi Brown, her daughter Skylar and niece Nylah, both 6 years old — and attorney B’Ivory LaMarr believed they were attending a mediation session Aug. 30 with Marc Swanson, CEO of Orlando-based SeaWorld Parks & Entertainment. Instead, they were greeted by other members of the leadership team and told that Swanson was never expected to attend.

“After nearly 2 months of engagement, it has become evident and we believe that the leadership at SeaWorld Entertainment does not respect the political power of African-American civil rights leaders and their outreach within the community,” LaMarr said, according to the Sentinel. “We further believe that they do not respect the African-American dollars that help make SeaWorld and Sesame Place profitable.”

The Philadelphia Inquirer reported that, rather than speaking with Swanson, the Brown family expressed their complaints to attorneys and representatives instead of Swanson and were then given sandwiches and cookies before leaving.

According to the Sentinel, the aforementioned incident began in July, when the Brown family claimed a performer portraying Rosita from “Sesame Street” neglected Skylar and Nylah by waving the girls off during a parade at Sesame Place Philadelphia but then interacted with a white child immediately after.

A video from the parade was posted to Instagram and went viral, with other people sharing their stories of similar encounters. 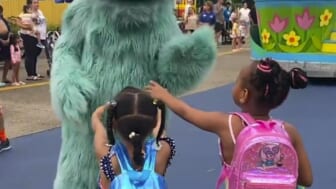 Since then, Sesame Place has apologized several times, including in a message shared publicly on Instagram. According to the statement, the costumed Rosita entertainer had restricted vision and made the waving motion after someone in the crowd asked the figure to hold their child for a photo.

The Sentinel reported that an unsigned statement from SeaWorld claims that after the incident, staff spoke with Brown, gave the family a refund and invited the family back for a special meet-and-greet with “Sesame Street” characters, which LaMarr said the family declined to keep the children from reliving the trauma.

According to The Inquirer, Swanson and company board members met with the Rev. Jesse L. Jackson and LaMarr in August. LaMarr claims the Brown family was denied access to the suite and forced to spend hours waiting in the building lobby.

“While he and his corporate executives sat in comfort in the skyline suite, the Brown family stood in the lobby for hours awaiting word as to whether or not they would be heard,” The Inquirer reported him saying in a statement. 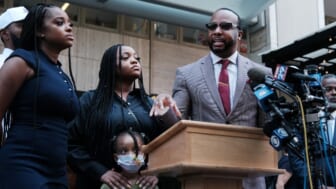 According to the Sentinel, Swanson reportedly said he was “willing to fly anywhere to meet with the Brown family,” but failed to contact them, then didn’t show up to the Aug. 30 meeting.

The Brown family has not yet filed a lawsuit against SeaWorld Parks & Entertainment, but LaMarr said they “will proceed with pursuing each and every legal option available to our clients and are calling on all community leaders and activists to stand with us in solidarity,” the Sentinel reported.

Spokespeople for SeaWorld and Sesame Place did not respond to follow-up requests for comment, The Inquirer reported.